After years without a major U.S. landfalling hurricane, Harvey, Maria, and Irma devastated parts of the region and the Caribbean in the second-half of 2017. But perhaps the biggest surprise of the 2017 storm season was the wide ranges and divergent modelled loss estimates for the events, according to Karen Clark, Chief Executive Officer (CEO) of catastrophe risk modelling specialist, Karen Clark & Co. 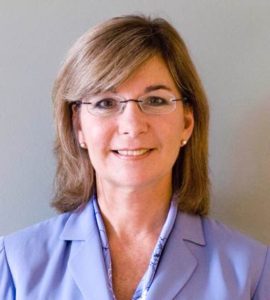 In an interview with Reinsurance News discussing the performance of catastrophe models in relation to the three hurricanes that made landfall in the second-half of 2017, Clark explained that the biggest surprise of last year’s hurricane season was “no doubt the wide ranges and disparity in the modelled loss estimates,” an issue still being debated today.

In the aftermath of the events and as insurers and reinsurers started to report expected losses from the three storms, it became evident that a catastrophe loss gap was developing, being the disparity between reported company and re/insurance industry loss estimates from global catastrophe risk modellers.

Some analysts put the catastrophe loss gap at around $20 billion, noting that some estimates were possibly too conservative, while industry loss estimate ranges for the storms were varied and subject to change, a trend that has been exacerbated by the loss creep from hurricane Irma, for example.

“I think it was most surprising that the two main hurricane models used by the industry for decades were so imprecise and inaccurate. KCC’s newer hurricane model was far more accurate,” Clark told Reinsurance News.

She explained that KCC clients were able to track each storm to obtain credible estimates for their numbers of claims, as well as average claim severity, and also total losses starting days before landfall.

“Insurers use our models and integrated tools for planning their claims adjusting activities so it’s important that our numbers are timely and accurate. KCC also provides industry loss estimates on a confidential basis pre-landfall. Post-landfall, we publish the “flash estimate” which is our best of the insured loss.

“I think re/insurers and insurance-linked securities (ILS) investors appreciate the fact we put out the number our model projects rather than hedging with wide ranges, and of course, the reliability of the KCC numbers,” said Clark.

She continued to explain that hurricanes Harvey, Irma, and Maria highlighted an important lesson, that closer attention must be paid to the quality of the loss estimates generated by different models.

“Most of the attention before the 2017 season was focused on the science. But it’s not only about the science; it’s about how well the science is implemented in order to produce reliable loss estimates.

“All of the hurricane models are based on the same scientific research and data, but catastrophe model development is a highly complex process requiring extensive vetting and verification of the model assumptions. The best science can lead to bad loss estimates if the implementation process is not robust enough,” said Clark.

According to Clark, the KCC models offer greater accuracy owing to a “rigorous scientific process” and the fact the company’s models are open and fully transparent, which ensures all model components and assumptions can be properly verified.

“With the other “black box” models, assumptions are opaque and no one ever knows for sure what’s driving the loss estimates,” added Clark.

While catastrophe models are essential for the pricing of catastrophe risk insurance and reinsurance business and clearly serve a beneficial purpose to the industry, market commentary often stresses the use of models as a guide, and that a loss projection shouldn’t be viewed as the be-all and end-all.

Reinsurance News discussed the reliance on models in the industry with Clark, and whether companies might be leaving themselves more open to unexpected losses by underwriting to expected results.

“Despite the ubiquity of the models throughout the global insurance industry, every major event tends to be a surprise. That’s because the traditional models generate many random events based on historical data and do not consistently account for major events impacting all locations.

“This has frustrated senior executives who want to know in advance where they can have surprise and outsized losses. In response to this, KCC developed new risk metrics called Characteristic Events (CEs) that provide complete and consistent spatial coverage. These risk metrics are also important to ILS investors because they highlight the correlation between contracts and concentration spikes in the portfolio.

“The CEs are also valuable in real time Live Cat decision making because you have a good idea in advance of your likely losses by size of event and landfall point,” explained Clark.

Hurricane forecasters, meteorologists, and analysts often discuss the state of the ENSO (El Niño Southern Oscillation), and whether it is neutral or La Niña, when assessing the potential for Atlantic storm activity.

Forecasters predict a transition back to more neutral ENSO conditions later this year, and Reinsurance News was eager to hear Clark’s thoughts on this, and how it plays into the 2018 Atlantic hurricane season.

“The seasonal forecasts are interesting but they don’t impact decision making. For one thing, there’s a lot of uncertainty around the forecasts, and they’re as likely to be wrong as right. Even if we were certain it’s going to be a low frequency season, that wouldn’t be a reason for insurers to buy less reinsurance, for example.

“Insured losses are driven more by severity and location than by frequency. Eighty percent of annual expected losses come from the top 20 percent of loss producing events. Large losses result when a severe event impacts a densely populated area – and this can happen in a low or high frequency season.

Running from June 1st through November 30th, the 2018 Atlantic hurricane season is now underway, and Clark explained to Reinsurance News how KCC is preparing for the season.

“Alberto was a good “starter” event to gear up for the hurricane season because the KCC real time event tracking process has multiple complex steps. When a storm is several days out from a potential landfall, KCC scientists start creating high resolution intensity footprints that get deployed to our Event Downloader. KCC clients then download the footprints into RiskInsight® to estimate their claims and losses.

“The intensity footprints – for wind, surge, and inland flooding, if needed – are updated multiple times a day based on new advisories until the storm has dissipated. We also create Live Event Advisory Reports containing succinct information for senior executives: current storm position and wind speed, a map showing projected track and intensity footprint over land, and estimated industry losses. For major events, the process can last several days, so it was nice to start this year with a storm that didn’t require too many updates.

“We’re also giving our clients refresher training on WindfieldBuilder®, a powerful module in RiskInsight they can use to track storms and create the intensity footprints themselves. Our powerusers can ingest the track information from multiple sources to create the intensity footprints, and they can do this for tropical cyclones anywhere in the world.”