With the recent outbreak of devastating wildfires in California marking two consecutive years of large losses in the state, analysts at Morgan Stanley have suggested that the property and casualty (P&C) re/insurance market could respond by raising prices and reducing its risk appetite. 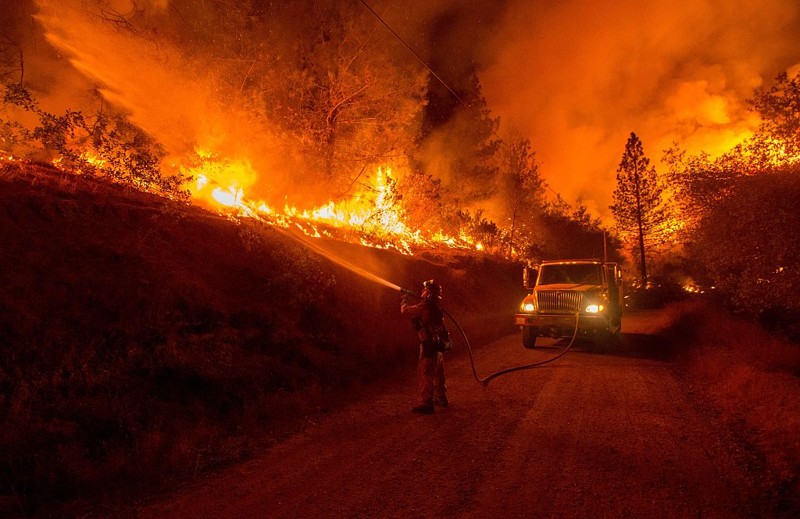 The firm said that the industry will have to rethink its expectations for wildfire risk following the Camp and Woolsey Fires, which have destroyed more than 18,500 properties between them and are estimated to have caused industry losses of between $9 billion and $13 billion, according to catastrophe modeller RMS.

In July, re/insurers were also hit with losses from the Carr and Mendocino Complex Fires, while the Tubbs, Nuns, Atlas and Thomas Wildfires in October and December 2017 are thought to have cost the industry around $13 billion.

Morgan Stanley noted that around 20% of the 8 million homes in California are considered highly prone to wildfire, meaning many at-risk homeowners could be left without coverage if insurers gradually raise their prices and reduce exposure.

“Potential market and legislative changes following 2017-18 wildfires could have profound implications for homeowners, insurers, and public policy makers,” analysts stated, adding that California may have to expand its government sponsored programs in response.

While the recent wildfires are sure to have a negative impact on the Q4 results of P&C re/insurers, Morgan Stanley considers the industry to be sufficiently well capitalised to withstand these losses.

Alongside losses from other recent catastrophes, such as Hurricanes Florence and Michael and Typhoons Jebi, Mangkhut and Trami, the re/insurance industry is expected to pay out around $40 billion in claims, compared to a total catastrophe losses of more than $140 billion in 2017.

Morgan Stanley said that 2018 catastrophe losses would constitute an earnings event, rather than a capital event, for the industry, noting that the U.S P&C industry has nearly $800 billion capital and global reinsurers have more than $300 billion capital.

The firm said that companies most exposed to Camp Wildfire losses in its coverage included Allstate (with around 6.2% of market share) and Travellers (3.2%) for home insurance, and Travellers (10.0%), Chubb (7.1%) and HIG (5.2%) for commercial property insurance.

It noted that Allstate, Travellers, Chubb and HIG posted losses of around $540 million, $510 million, $430 million and $210 million, respectively, following the 2017 California wildfires, and suggested that 2018 losses could be at similar levels.

AIG also posted $720 million California wildfire losses in 2017, although its Q4 2018 losses will be limited by its aggregate reinsurance coverage, of which it has already used $700 million of the $750 million retention, indicating larger risk transfer to reinsurers.

Of the reinsurers in Morgan Stanley’s coverage, analysts observed that Everest Re, RenaissanceRe, AXIS, and Arch Capital posted losses of around $260 million, $150 million, $130 million and $70 million, respectively, following the 2017 California wildfires.