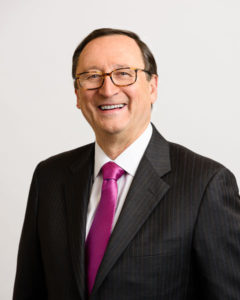 “Over the last several years, the company has made tremendous progress and delivered on many of the expectations of the merger.”

Haley has been with the company since 1977 and was named CEO in 1998. Under his leadership, the company went public in 2000, and completed three historic mergers, in 2005, 2010 and 2016 that formed present-day Willis Towers Watson.

Commenting on the announcement, John Haley said, “It’s been a privilege to lead Willis Towers Watson. I’m incredibly proud of the commitment and energy demonstrated by the company’s more than 40,000 colleagues worldwide.

“I am grateful for the opportunity to continue to serve our clients and I am excited about our long-term prospects.

“I also look forward to working with the Board on planning for my succession after my extended term ends so that Willis Towers Watson can continue to build on its success for years to come.”

Analysts have responded positively to the extension. With Willis having outperformed market expectations there’s an expectation that his leadership will set a renewed growth trajectory and ensure a smooth succession.

Beazley, the specialist insurer, has announced the launch of a new consortium that will provide professional indemnity insurance to large...