AIR Worldwide has placed Winter Storm Eleanor / Burglind insured loss estimates at between EUR 1.1 billion and EUR 1.6 billion with the majority of losses expected in Germany, France, the United Kingdom, Belgium, Switzerland, and the Netherlands. 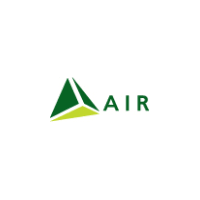 Winter Storm Eleanor, known as Burglind in Germany, was the fifth named European winter storm of the season to make landfall since December, bringing gusts of up to 160 km/h to Ireland and causing flooding along the Atlantic coast.

Ireland, the UK, France, and Germany saw structural damage from strong winds where roofs were damaged or blown off, trees were blown down across continental Europe and the UK, and transportation disruption was rampant.

In addition to the widespread wind damage, the storm caused extensive flooding across Europe and in the UK.

AIR’s modeled insured loss estimates do not include:

• Losses due to coastal or inland flooding
• Business interruption and additional living expenses (ALE) for residential claims for all modeled countries, except the UK
• Losses to uninsured properties
• Losses to infrastructure
• Demand surge (AIR’s demand surge function is not triggered by this event)

National General has revealed an expected $63 - $65 million pre-tax impact to 2017 fourth quarter results from the fires...