Zurich Insurance Group continues to achieve rate increases across its property and casualty (P&C) lines, but it expects pricing momentum to slow down as it moves into 2019, according to Chief Financial Officer George Quinn. 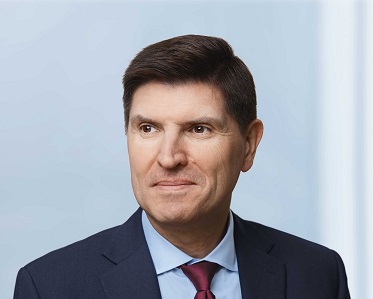 Speaking during a third quarter earnings call, Quinn explained that the overall rate changes experienced over Q3 have been “identical” to Q2 despite a relatively high level of catastrophe events.

“Even with the events that we’ve seen this year, I just don’t expect that it continues at that level,” he said. “So, we would anticipate some moderation of rate increase. Momentum has been good. It has not yet slowed down, but we are anticipating that it may well slow down a bit as we move into 2019.”

Zurich recently posted its results for the first nine months of 2018, in which it acknowledged that its weather and natural catastrophe losses had been slightly higher than expected, with losses of around $175 million also expected in the fourth quarter due to Hurricane Michael.

However, losses were offset by strong growth in Zurich’s life business and a stable performance for its P&C business, which saw rate increases of 3% on average over this period.

“We believe that our losses compare favourably to those reported by peers with similar exposures and they are a testament to both the improved underwriting and the effectiveness of our reinsurance program,” Quinn continued.

“They also serve as a reminder of the need to achieve adequate rates, particularly in commercial insurance, and we’ve continued to focus on profitability over volume in the quarter,” he added.