ClimoCats’ estimate for global cat losses in 2019 is based on a probability range of $90 billion (best) to $257 billion (worst) and average annual losses of $165 billion. 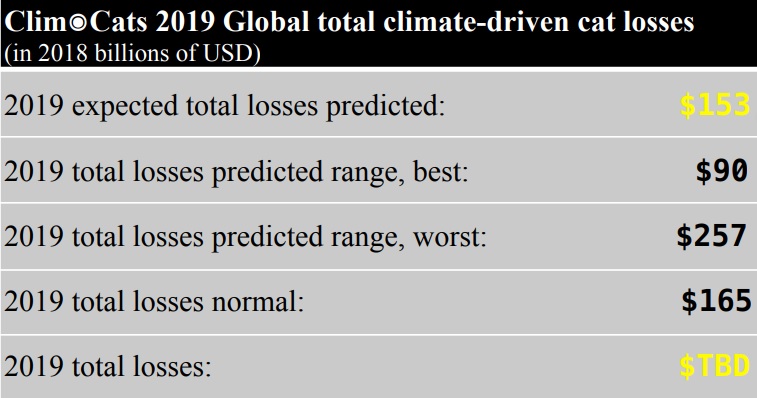 The firm claims to have correctly predicted the direction of losses compared to the average for the previous two years using the ClimoCats model.

“Our risk modeling prowess and forecast skill speak for themselves,” said Brendan Lane Larson, Co-Founder of AbsoluteClimo. “We are results oriented. What really sets AbsoluteClimo apart is our human talent: a rare combination of decades of research lab experience and forecast practitioner skill.”

“Most climate model researchers and developers don’t have the sometimes painful experiences gained from putting their own models into practice or for their own businesses as entrepreneurs,” he continued. “I’m very proud of our global team which spans hemispheres and continents, from sea to shining sea.”