Chris Rash, most recently the interim Group Chief Executive Officer (CEO) of StarStone Group, has been named as the new CEO of global re/insurer AIG’s Talbot Underwriting Ltd, which operates in the Lloyd’s marketplace through Syndicate 1183. 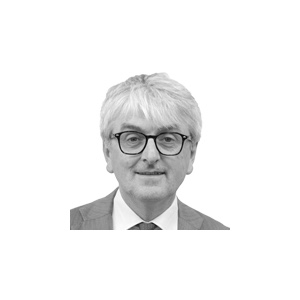 At the same time, Rash has been appointed to the Talbot Underwriting Board and subject to regulatory approvals, is expected to join the firm by January 1st, 2021, and will be based in London.

In his new role, he will report to both the Talbot Underwriting Board and also to Jon Hancock, CEO of AIG International General Insurance. He will be tasked with the oversight of all of Talbot’s operations.

Additionally, AIG has revealed that upon the arrival of Rash, acting Talbot CEO, David Morris, will take over as Talbot’s Chief Underwriting Officer (CEO).

Rash joins Talbot from StarStone Group, where prior to his role as interim Group CEO, he served as CEO of International and Deputy Group CEO. He joined StarStone in August of 2018 as Executive Chairman before taking over as President in October of the same year.

Before StarStone, he served as Group CEO for MS Amlin plc and previously served as Commercial Director and CFO at the National House Building Corporation. Prior to this, he worked as the Group Chief Accountant at RSA Group.

Commenting on the appointment, Hancock said: “I am pleased to welcome Chris to Talbot. His significant international leadership experience in insurance and finance ideally suit him to serve as CEO of Talbot. I look forward to supporting Chris’ leadership at this pivotal time, as we continue to position AIG’s businesses at Lloyd’s to deliver innovation and sustained profitable growth.”

Rash added: “I am delighted to join Talbot and its talented team of colleagues at this moment of profound opportunity in the insurance industry. I look forward to positioning Talbot to provide unique expertise and strategic value to our clients and stakeholders.”