AIG has been named as the lead underwriter for the reinsurance program covering a recent plane crash in the southern Indian state of Kerala, according to sources at SME Times. 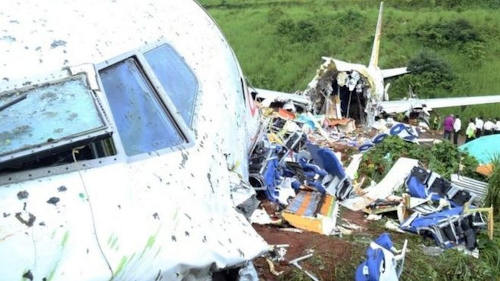 The publication reported that a consortium led by New India Assurance Company are the primary insurers of the crashed Air India Express plane, which was insured for about $50 million.

However, the consortium’s reinsurance program is likely to absorb around 90% of the loss, with a 5% obligatory concession going to state-backed reinsurer GIC Re, and the other 85% to the AIG-led program.

Air India Express’s plane was en route from Dubai last Friday when it skidded off the runway at Kozhikode during bad weather.

The plane, which was repatriating Indians stranded by the pandemic, then broke in two, killing 18 of the 190 passengers on board.

An official told SME Times that the aircraft is considered a total loss, and noted that the total liability under the policy taken by Air India is about $750 million.

The total premium earned from Air India on the plane was about $36 million. The share of New India in the premium and claims will be 40%, and 60% will be split equally between the three other consortium members, National Insurance, Oriental Insurance and United India.

While the consortium is likely to incur only a minor financial hit due to its reinsurance protections, industry expects have suggested that the incident may still drive up aviation insurance rates over the next year.

“The rates will harden,” an official told SME Times. “The aviation industry is not doing well. Apart from hardening of the rates increased accidents will make it difficult for the primary insurers to place the aviation risk in the global reinsurance market.”