Alleghany Corporation had sought to counter Warren Buffett’s acquisition offer during negotiations, seeking more than the initial $850 per share price. 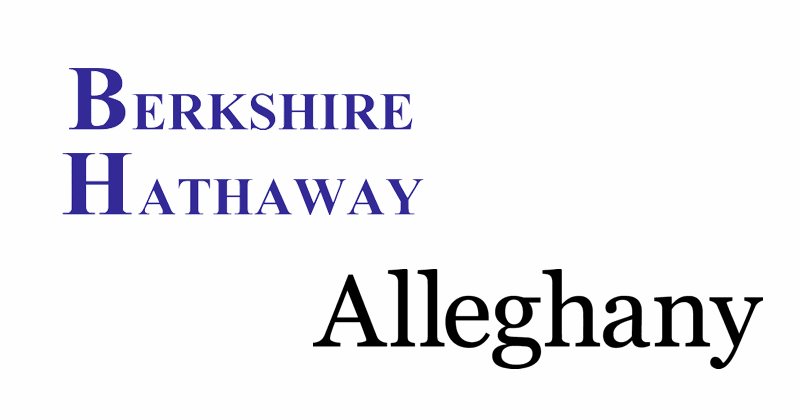 A proxy filing deposited with the SEC also reveals that Alleghany explored the potential break-up of its business units, to identify whether a potential sale or spin-out of one or more of its other subsidiaries could be an attractive alternative to the Berkshire Hathaway deal.

The merger deal came to light in March, when Warren Buffett’s giant conglomerate and reinsurance business Berkshire Hathaway announced it will acquire all outstanding Alleghany shares for approximately $11.6 billion in cash.

Alleghany is the owner of global reinsurer TransRe, as well as insurance entities CapSpecialty and RSUI Group.

The agreed purchase price works out at $848.02 per share in cash, which is slightly under the $850 Warren Buffett actually offered, as costs related to the work of investment banking group Goldman Sachs are being taken off the purchase price due to a Berkshire proposal.

But its now clear Alleghany felt the offer could have been higher, as the proxy filing shows its executives asked Buffett to consider lifting the purchase price.

The filing states that Jefferson W. Kirby, the Chair of the Board and a major shareholder in Alleghany met with Buffett one-on-one and asked him to increase the price, or potentially eliminate the deduction to the merger consideration for the fee payable to the financial advisor, Goldman Sachs.

Neither were accepted it seems, as the offer remained below the $850, to account for the financial advise costs.

It’s also now clear there is no termination fee in the merger agreement, so if Alleghany were to find another suitor it could accept an offer from, it could break the agreement, which Alleghany’s Board found particularly favourable.

However, as we’ve written before, it’s considered unlikely anyone else would want to buy Alleghany as a whole, given its diverse holdings would not be appealing to an insurance or reinsurance buyer.

Which makes it all the more interesting that Alleghany considered how this could work to its benefit, as it explored a potential break-up and sale of specific business units, presumably a move that would have resulted in its insurance and reinsurance businesses being considered one part of the entity.

However, the Alleghany Board considered the merits of Buffett’s offer, versus a break-up or trying to find an alternative buyer, and “Concluded that it would be in the best interests of the Company and its stockholders to secure the benefits of the proposed transaction with Berkshire, while retaining the ability to pursue and accept a superior proposal following announcement of a transaction with Berkshire.”

In fact, the proxy filing also reveals that during the “go-shop” process, 23 potential strategic bidders and 8 potential financial sponsor bidders were contacted about their potential interest in submitting a proposal for a transaction with Alleghany.

The go-shop period ends on April 14th, so there is only a couple of days left for any competing bids, or alternative transactions to come to light.

It’s clear Alleghany would have liked to secure a higher bid for the business, even asking Warren Buffett directly. Which suggests that a strong bid for its insurance and reinsurance entities could still have proven attractive to the company, but the challenges of finding that buyer remain and time is now running out.

Alleghany could benefit over time from Berkshire Hathaway acquisition: AM Best.