Despite a modest underwriting loss in 2019, Alleghany president Weston Hicks has praised TransRe’s “deep reservoir of underwriting expertise” and believes the end of a competitive downturn in the global property and casualty reinsurance industry will result in improved market conditions in 2020 and beyond. 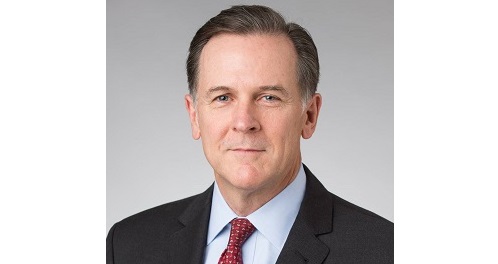 TransRe recorded an underwriting loss of $40.9 million for the year after being hit by $301 million of catastrophe losses, mostly due to Typhoon Hagibis in the fourth quarter.

In his annual letter to shareholders, Hicks stated that having a consistent and long-term perspective on major risk classes and major clients is critical in allowing the organisation to know when to increase or decrease exposure.

Hicks added that there were a number of reasons for optimism, including the fact that 75% of TransRe’s business is proportional reinsurance, where underwriting results reflect those of the client, adjusted for the reinsurer’s expenses and ceding commissions.

Additionally, he stressed that the retro market, used by reinsurers to spread extreme risks, is clearly firming.

“Aggregate covers that sustained losses over the past few years appear to be requiring significantly higher rate increases, if they are available at all,” he said.

“More expensive and less available retro cover will force the reinsurance industry to ration capacity, which in turn should cause reinsurance prices on excess of loss coverage to increase.”

Another reason for optimism, Hicks said, was that approximately half of the worldwide property catastrophe reinsurance market renews on April 1 and June 1, and the company expects to see significant rate increases at each of these important renewal dates.

Finally, Hicks noted that it appears the alternative capital market has started to recognise it was supporting a deficient pricing environment in property catastrophe exposure.

Hicks wrapped up by underlining the fact that inception-to-date returns on the acquisition of TransRe remain excellent.

“We purchased TransRe on March 6, 2012 for total consideration of $3.5 billion. Since that time, TransRe has provided Alleghany with $1.6 billion of dividends, reducing our net investment to approximately $1.9 billion,” Hicks added.

“Because we purchased the company at a value that was below TransRe’s book value, we recognized a $0.5 billion bargain purchase gain in 2012. TransRe ended 2019 with a book value of $5.2 billion, or almost 50% greater than our purchase price.

“Assuming $5.2 billion as a terminal value, the IRR on our initial investment is approximately 10%. At a more realistic valuation, it would likely be in the low- to mid- teens.”