Bermuda-headquartered Aspen Insurance Holdings has announced a series of key changes to its management team, as well as issued confirmation that its UK-based MGA Aspen Risk Management Limited (ARML) will be put into run-off. 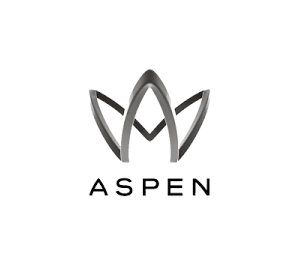 Aspen states that it is working with the management team at ARML to ensure all policyholder obligations and service requirements are, “fully supported and consistent with Aspen’s standards of policyholder and broker service.”

The company states in its release that the decision has no impact on its mainstream UK Property and Casualty business.

The management changes are as follows:

Paul Frydas, Group Chief Actuary, has been appointed to the Group Executive Committee.

Sarah Stanford, International Head of Financial Institutions, will be appointed to the additional position of Lloyd’s Active Underwriter of Syndicate 4711, subject to regulatory approval.

“As we continue our focus on operational improvement and strengthening Aspen’s competitive position, it is essential we have the right talent to execute on our strategy, serve brokers and customers and drive to enhance the long-term value of our business,” said Mark Cloutier, Executive Chairman and Group Chief Executive Officer.

“I am confident the leadership team, including the new members we are announcing today, is well equipped to meet the challenge of leading Aspen through its next chapter of change and profitable growth.”

In addition to the above leadership changes, Aspen has announced the departure of Kate Vacher, who joined Aspen in 2002 and most recently served as Group Director of Underwriting and Chief Executive Officer of Aspen Bermuda Limited. She is leaving Aspen to pursue personal interests.

“I want to thank David, Kate and Donald for their service and commitment to Aspen over the years. Our business is well positioned thanks to their many contributions, and we wish them well in their future endeavors,” added Cloutier.

Lastly, Aspen announced in the same release confirmation that that it has begun the process of closing its Dublin office as a result of the proposed move of its Dublin Excess Casualty underwriting business to London.