US specialty insurer Assurant, Inc. has announced expected pre-tax catastrophe losses of $124 million for the third quarter of 2022 primarily related to Hurricane Ian, which includes the $80 million per-event retention and $35 million of reinstatement premiums to restore up to the third layer of its U.S. catastrophe reinsurance programme.

In July, Assurant completed its mid-year property cat reinsurance renewal, securing $1.16 billion of protection in excess of an $80 million retention for a first event, with the retention coming down to $55 million for a second and third event.

Above the $80 million pre-tax per-event retention of its U.S. cat reinsurance tower, which you can see below, sits a $30 million layer one and $50 million layer two, which have both been eroded as the firm confirmed that losses are into the third layer, although it’s unclear by how much. The third layer covers 50% of losses from $160 million up to $235 million. 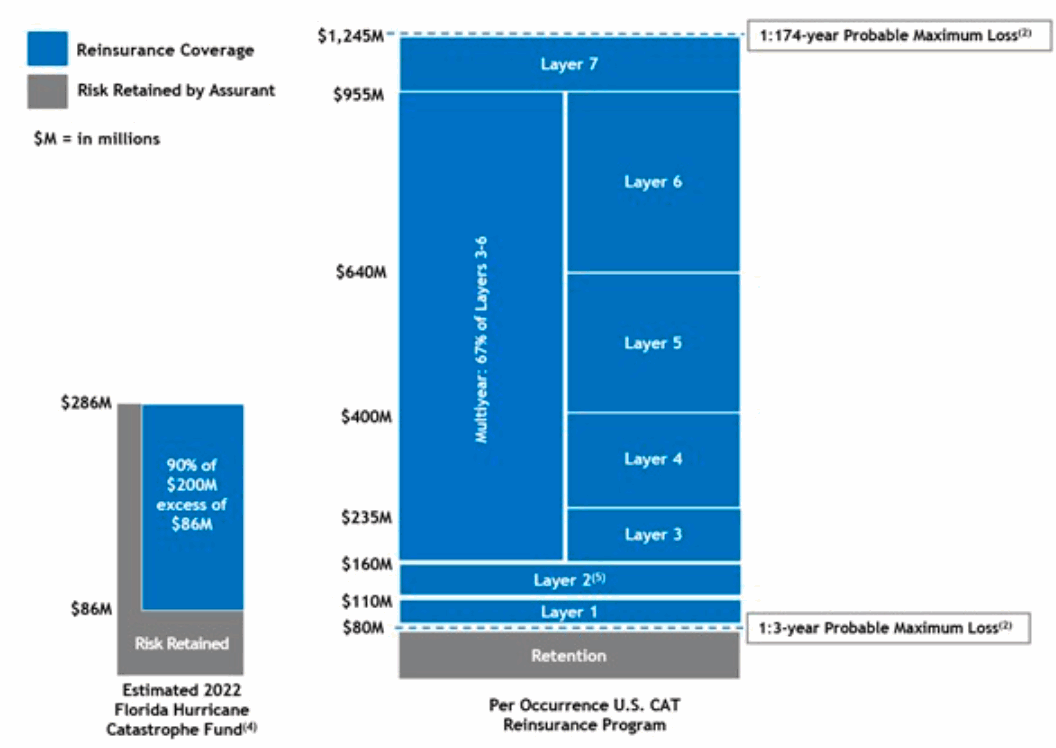 Further, with losses into layer three, it suggests Ian has eaten into some of the firm’s multiyear reinsurance protection as well, which covers 67% of layers three to six.

It’s unclear exactly where Assurant’s reinsurance recoveries from the event will fall, but it seems that they will be somewhere above the top of layer two, so $80 million, and up to $155 million, depending how far into the third layer of coverage losses from the event have ended up.

It’s also likely that Assurant has tapped its Florida Hurricane Catastrophe Fund (FHCF) backed reinsurance as well, which after an $86 million retention, covers 90% of losses up to $200 million.