Allianz Holdings plc, the non-regulated holding company which owns the principal insurance operations of Allianz SE in Great Britain, has announced the appointment of Colm Holmes as its next Chief Executive Officer (CEO). 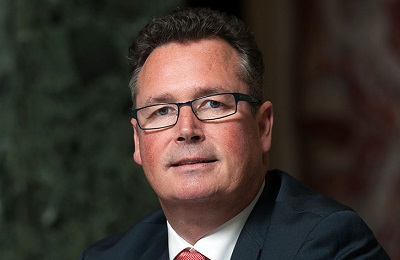 Holmes, who currently serves as CEO of Aviva General Insurance, will take over the role from outgoing CEO Jon Dye at the end of November 2021.

Jon joined Allianz in 2003 and became its CEO in 2013. During his tenure, he has overseen the acquisition of the general insurance businesses of Liverpool Victoria (LV=) and Legal and General (L&G).

Colm, meanwhile, has held senior leadership positions in JP Morgan Chase, Zurich Financial Services, and most recently, Aviva, where he served as CFO and CEO.

“I would like to thank Jon for his leadership of Allianz Holdings since July 2013, in particular for working through our recent UK acquisitions and successfully navigating through the challenges of the pandemic,” said Chris Townsend, board member Allianz SE.

“We look forward to Colm joining us to take our business forward and capitalizing on our strong market position,” he added.

Dye also commented: “I have thoroughly enjoyed my 18 years at Allianz. It has been a great privilege to lead such a fantastic business as part of such a successful team. I will be working with my colleagues over the next 6 months to ensure that Allianz is in the best possible shape for Colm to take on.”