AXA XL, the property & casualty and specialty risk division of AXA, has announced that Sean McGovern has been appointed as Chief Executive Officer (CEO) UK & Lloyd’s market on a permanent basis, subject to regulatory approval. 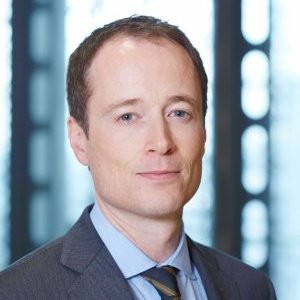 McGovern had been operating in this role in an Interim basis for a number of months, with the firm now confirming his appointment on a permanent basis.

As well as serving on the leadership team of AXA XL having joined XL Group back in 2016, McGovern has led the claims, legal & compliance and regulatory & government affairs functions. The company notes that he played an important role in the merger of AXA Corporate Solutions, AXA Matrix, AXA Art and XL Catlin, and the formation of AXA XL.

McGovern has a deep understanding of the AXA XL business and brings to the role a strong reputation within the London and Lloyd’s of London marketplace. Prior to XL Group, he held a number of different roles at Lloyd’s, having joined the marketplace in 1996 from Clifford Chance.

In 2002, he was named as a Director and Lloyd’s General Counsel, taking on global responsibility for the market’s legal, regulatory, and government affairs. In 2014, he was named as the Lloyd’s market’s first Chief Risk Officer and a member of the Franchise Board.

AXA XL’s CEO, Scott Gunter, commented on the appointment: “Sean’s deep understanding of AXA XL’s business, coupled with his significant knowledge and experience of the London and Lloyd’s market position him ideally to lead our UK and Lloyd’s presence. Over the course of the last few months, Sean has proven his ability to put our clients and brokers at the heart of what we do and to balance strategic thinking with the day-to-day requirements needed to fulfil this important leadership position.

“Sean’s appointment is a key step as we assemble the right team to drive AXA XL forward. Our new regional CEOs and structure will make us a simpler organisation to navigate, meaning that decisions can be made faster in country and we can continue to serve our clients to the very best of our ability.”

U.S. primary insurance giant, The Allstate Corporation, has reached an agreement to acquire National General Holdings Corporation for around $4...