A Beach & Associates report examining several key persistent variables behind forecasts indicates that we’re in for an above average 2020 hurricane season. 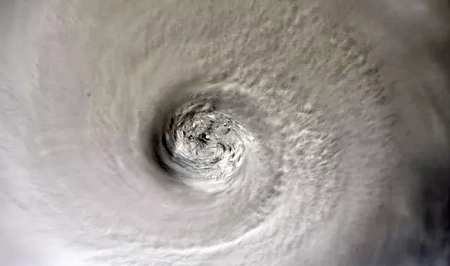 The key variables examined by Beach have been clearly associated with hurricane activity in numerous published scientific studies, and helps create a qualitative overview of the likely conditions this summer.

When looking at Atlantic SST (Sea Surface Temperature), Beach says it appears that the Atlantic is warmer than last year and that by some measures the AMO (Atlantic Multi-decadal Oscillation) is extremely high.

Both observations could indicate that Atlantic SST conditions are much more favourable for hurricane development than average.

If the Pacific Sea Surface temperature anomalies develop as predicted they are unlikely to enhance Atlantic hurricane activity. However, if the rapid recent cooling of the equatorial Pacific in the Niño 3.4 region continues we may enter a La Niña earlier, which would be bad news.

Both QBO (Quasi-Biennal Oscillation) and Sahel dust levels look more likely to be unfavourable for hurricanes than last year but neither has such a clear influence on hurricane activity as sea surface temperature.

In summary, this year unusually high sea surface temperatures in the Atlantic and Gulf combined with a likely move towards negative ENSO or even weak La Niña are driving all forecasters to predict an above average season.

Beach notes how last year we saw initially low sea surface temperatures warm more rapidly than expected leading forecasters to adjust their forecasts upwards as the season approached, ultimately in line with what turned out to be an above average season.

This year Beach sees a strong possibility that the warmer water in the Atlantic will be north of the Main Development Region and perhaps not enhance hurricane activity as much as some forecasters predicted at the beginning of April.

That could combine with a dryer than normal Sahel and more dust blown across the Atlantic to keep the season at an average level of activity.

However, it is also possible that the cooling in the Pacific proceeds more rapidly and intensely than expected leading to a strong La Niña, enhancing Tropical Cyclone activity.

“This year we see a strong possibility, given the factors listed above, of an above-average period of hurricane activity.

“Also, the disruption and cost Covid-19 has caused may mean that a hurricane landfall or near miss this year would be considerably amplified. We will continue to provide updates as the season progresses.”