Christopher Croft, Chief Executive Officer (CEO) of The London Insurance and International Brokers Association’s (LIIBA) has criticised the Brexit strategy outlined in the recently-released white paper, stating that the government “has not reflected the strong feedback from our industry.” 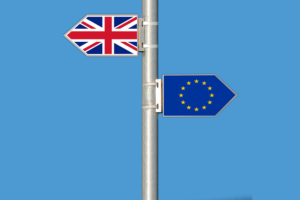 Croft aimed his comments predominantly at the decision not to pursue a mutual market access regime post-Brexit, a move that could threaten cross-border contract continuity.

The strategy has drawn criticism from major players across the service sector, including Lloyd’s of London’s CEO Inga Beale.

“We will work with our members to understand the full implications of what is being proposed. As always, central to that effort will be a focus on how we ensure that the client is the one to suffer least from the disruption Brexit will cause,” explained Croft.

“The issue of contract continuity must be resolved. There is some doubt as to whether UK insurers will remain licenced to pay claims in a few EU countries without an agreement in place.”

“We therefore support the call by the FCA Chief Executive Andrew Bailey for this to be resolved at official level. The sooner the better. Transition arrangements will only postpone the issue,” Croft added.

W.R. Berkley’s Chief Executive Officer (CEO) Robert Berkley has said that prescription opioid drugs, which have come under scrutiny this...