Commercial insurance buyers are expected to face firming prices across multiple business lines, driven in part by losses across the casualty space, according to broker Willis Towers Watson (WTW). 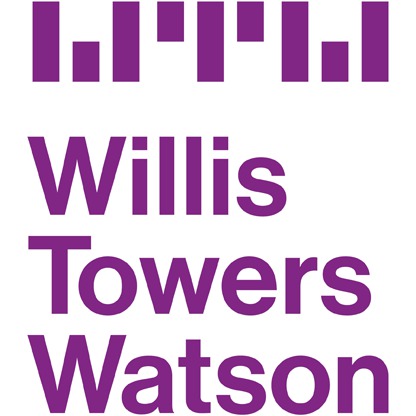 Casualty insurance losses are mounting, WTW says in its latest Marketplace Realities report, leading the broker to forecast some firming of prices for the sector as a result.

In addition, the commercial insurance sector is facing changes as industry consolidation and technology advancements are creating new dynamics for insurance buyers to navigate.

WTW calls the way the market has reacted to creeping casualty losses “stealth firming”, suggesting that this may have taken many by surprise as they were focused on property lines of business after the catastrophes of 2017.

In the casualty space, WTW expects that auto liability insurance premiums will rise for the third consecutive year, with increases of as much as 6% to 12% expected, as the sector works to overcome deteriorating loss costs.

The uptick in auto loss costs is largely driven by improving economic conditions, resulting in more vehicles on the road, which increases the frequency of auto claims. In addition, a volatile legal environment has made auto claims more costly to manage.

Elsewhere in commercial casualty risks, WTW expects that pricing for general liability, umbrella and excess liability coverage will rise in the low to mid-single digits.

This is due to the impacts of “significant catastrophic liability stemming from a range of hazards, including California wildfires, the opioid epidemic, #MeToo litigation and relaxed standards for class action certification,” WTW experts explained.

Not all areas of casualty risks are expected to see firming rates though, with workers compensation and international casualty coverage two notable exceptions to rising prices, both forecast to be soft.

On the property side of the market, while hurricanes Florence and Michael are expected to cause some short-term disruption, neither will move the market significantly, WTW believes.

Abundant capacity and availability of alternative capital are expected to keep rates relatively stable for most commercial property insurance buyers.

However, some underwriters are taking a more critical look at exposures after recent catastrophes and “right sizing” their portfolios to increase profitability, WTW says. This could cause some localised price movements, we’d expect.

The cyberinsurance market will also see some pricing movements, as large-account buyers face roughly 5% increases for both primary and excess cover.

Aside from pricing conditions, the resurgence of mergers and acquisitions (M&A) activity across the industry as insurance carriers pursue inorganic growth, as well as the influence of new technology platforms and talent, will also move the market going forwards, WTW says.

“So far, recent M&A has not had a material impact on rates and capacity, but it is reducing the number of competitors in the field. Given the capital fluidity that is the industry’s new normal, we don’t foresee a dramatic impact on rates but do expect consolidations will result in more underwriting discipline, which may serve as a backstop against another free fall in rates,” commented Joe Peiser, head of North America broking.

“Another important consideration for buyers confronting new carrier combinations is a potential change in an insurer’s claim handling philosophy and the strictness with which policy language is enforced,” he noted.

“Navigating this changing and dynamic marketplace demands a strategic approach, and buyers facing renewals should focus on creating submissions using distinguishing data and narratives to set themselves apart from their peers,” Peiser further explained.