AXA XL, the newly-formed division of French insurance and investment giant AXA, has seen significant impacts from two major natural catastrophes in the fourth quarter of 2018 result in the posting of a €233 million full year loss. 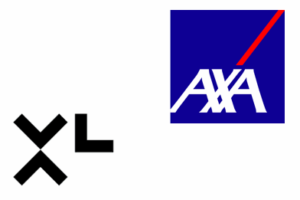 The California wildfires, which consisted mainly of the Camp and Woolsey fires in Northern and Southern California respectively, inflicted a €335 million loss.

Meanwhile hurricane Michael, which made landfall along the central Florida panhandle last October, has so far cost AXA XL €261 million.

These natural catastrophe charges in 4Q18 exceeded the normalised level by around €500 million.

“Our financials were impacted by two significant Nat Cat events in the US in the fourth quarter,” said Greg Hendrick, Chief Executive Officer of AXA XL.

“At January 1st, 2019, we refined and added to our catastrophe protections and are in alignment with the Group’s risk appetite.”

As a result of these higher nat cat losses the current year combined ratio of AXA increased by 1.6 points to 99.1%.

While AXA’s full year net income fell by 66% to €2.1 billion, underlying earnings of AXA increased by 6% to €6.2 billion, a figure which it says is partly offset by higher nat cats at AXA XL and reflects a strong operational performance across most of its geographies.

AXA’s adjusted earnings increased by 3% to €6.5 billion, reflecting the increase in underlying earnings, partly offset by lower net realised capital gains mostly due to adverse market conditions at the end of 2018.

“AXA delivered another year of strong operating performance with a 6% increase in underlying earnings, to its highest ever reported level, even with a reduced ownership of AXA Equitable Holdings, Inc. and an unusually severe fourth quarter in terms of natural catastrophes”, added Buberl.

“The strength of our balance sheet combined with the continued successful delivery in the third year of our Ambition 2020 plan, led the Board of Directors to propose a dividend of Euro 1.34 per share, an increase of 6%from last year, which corresponds to a payout ratio of 52%.”