Overall economic damage from the storm that hit the Australian city of Hobart, Tasmania over May 10-11 is currently estimated by local officials to have reached around AUD $50 million (USD $38 million), according to Impact Forecasting, Aon Benfield’s catastrophe risk modeller. 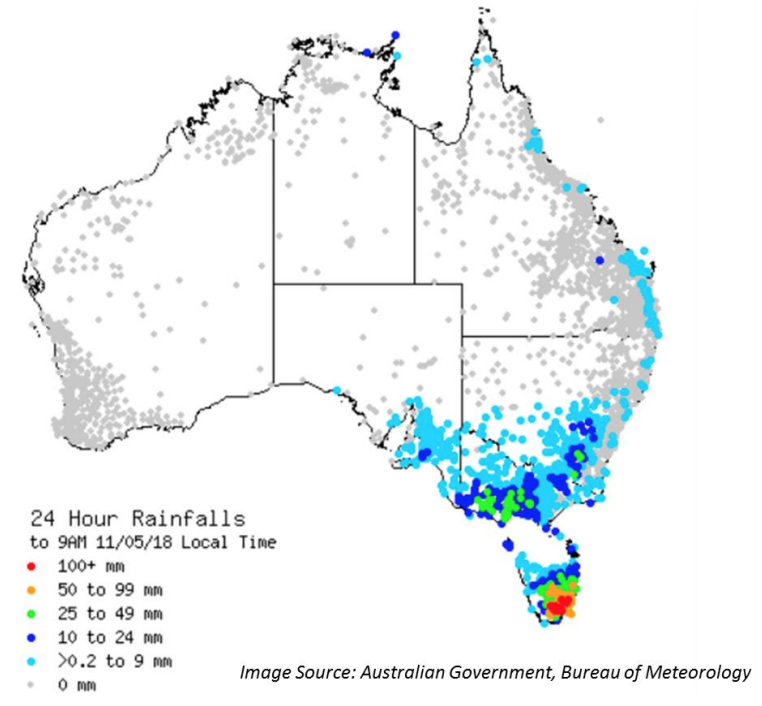 A complex low-pressure system brought rain, wind, hail and cold weather to Australia’s New South Wales, Tasmania, Victoria, and South Australia between May 10-14, although Tasmania was the worst affected region, with Hobart receiving more than 120 millimetres of rain on May 10 alone.

This led to flash-flooding in the island state’s capital, which damaged property and swept away cars, while wind gusts of up to 70kph downed trees and affected roofs and sheds.

The Insurance Council of Australia declared the event a catastrophe, and its preliminary data indicates that claims payments have already exceeded AUD $25 million (USD $19 million).

Over 2,200 insurance claims have currently been received from across Southern Tasmania, with insured losses expected to continue to rise as the extent of the damage emerges.

Thousands of homes and businesses around Hobart were left without power following the storm, and local authorities remain concerned about the safety of water-damaged buildings.