Global reinsurance broker Willis Re, the reinsurance arm of brokerage Willis Towers Watson, has reported that total, dedicated reinsurance capital increased by 8% in the first-half of 2019 to $559 billion, compared with $518 billion at the end of 2018.

According to the reinsurance broker’s latest Reinsurance Market Report, the largest component of the increase in reinsurance capital is the capital of the 36 reinsurers tracked in the Willis Reinsurance Index, which increased by 11% to $440 billion, mostly as a result of falling bond yields and rising equity markets.

Of the $559 billion total, Willis Re states that $93 billion relates to alternative capital, which is unchanged from the previous two years. 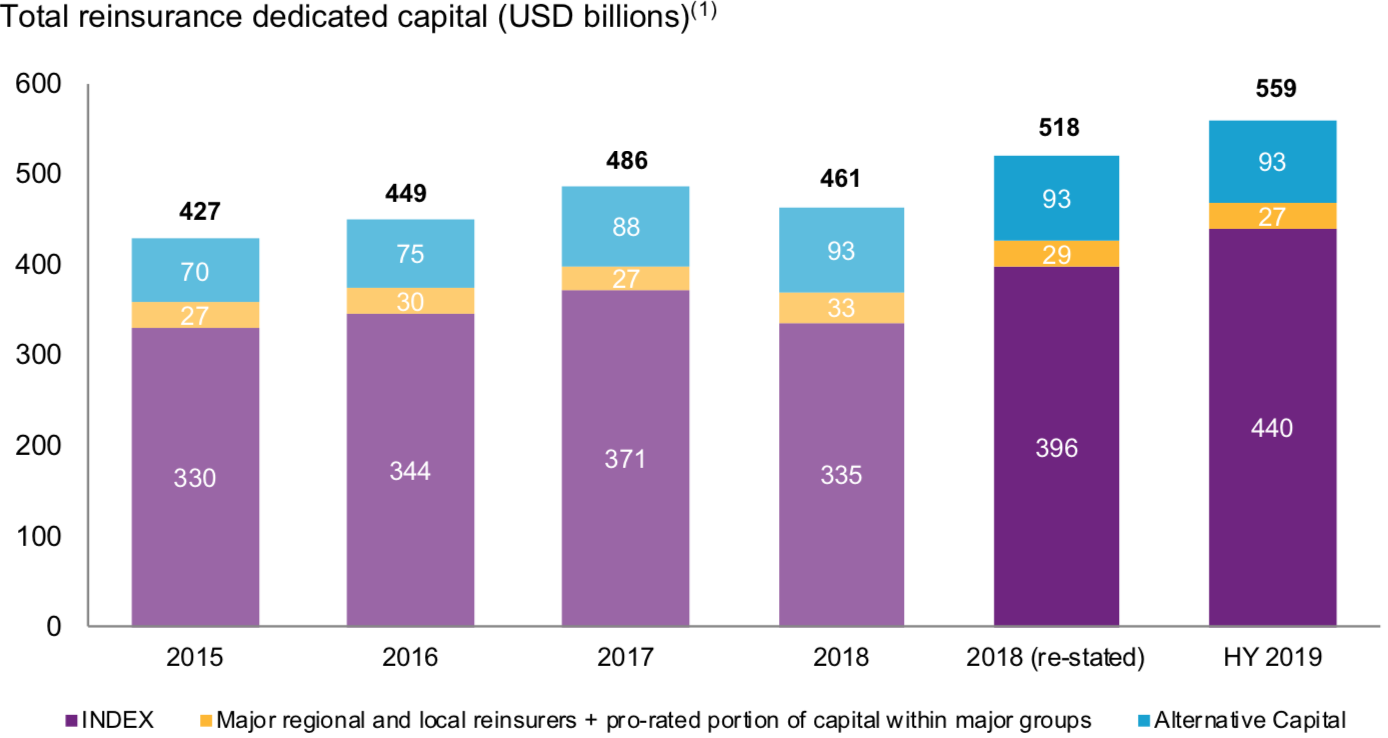 Willis Re also analysed the performance of a sub-set of reinsurers within the Index, which make the relevant disclosure of nat cat losses and prior year reserve releases. According to Willis Re, the sub-set recorded a jump in return on equity from 8.5% at H1 2018 to 13.9% at H1 2019, which the broker says is a result of strong investment gains.

Once normalised for catastrophe losses and removing the benefit from reserve releases, the underlying return on equity reached 10.8%, or 4.2% excluding investment gains.

For the sub-set of reinsurers, the combined ratio weakened from 93.3% in H1 2018 to 94.9% in H1 2019, which Willis Re says was entirely attributable to a lower pace of reserve releases and higher nat cat activity. Removing prior year development and replacing actual nat cats with a normalised load, puts the underlying combined ratio at 100.5%, which is actually an improvement on the 101.5% recorded in H1 2018.

Global Chief Executive Officer (CEO) of Willis Re, James Kent, said: “Looking behind the headline figures reveals a positive direction of travel for reinsurers so far this year, with modest but important reductions in non-catastrophe combined and expense ratios.

“This improvement is supported by the positive trajectory seen in 2019 market pricing across many lines. The slowdown in reserve releases continues, however, so in the months and years ahead reinsurers will need to further realize these trends.”

Hurricane Dorian has weakened slightly today after spending around 24 hours parked over the Bahamas where it has caused significant...