Law firm CMS explained today that there are a number of issues which have the potential to complicate the loss caused by hurricane Harvey and could result in increased costs falling to insurance and reinsurance firms. 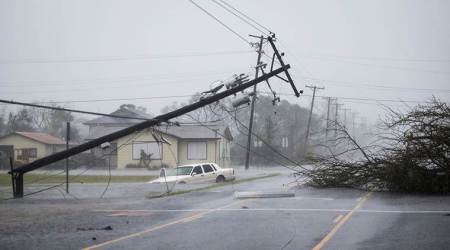 Insurers and reinsurers may face a number of dilemmas, CMS said, with hurricane Harvey’s flooding making this into an incredibly complex loss event with wide-reaching consequences for the market.

“As with any major catastrophe, there may be increased pressure on insurers for immediate action to assist policyholders regardless of the extent of any property damage,” explained Stephen Netherway, an insurance partner with CMS.

“Reinsurers will also need to consider carefully the degree of claims control. It may be unrealistic to expect the level of scrutiny of claims that would normally be part of the adjustment process,” he continued to explain.

Even though flood insurance penetration is low for homeowners and not particularly high for commercial and industrial properties, there is still room for issues to arise and a potential for disputes.

Nethwerway said; “There could be dispute over flooding from the overflow of rivers and reservoirs as opposed to simple accumulation of rainfall in surface water, with scope for insureds to claim the full policy limit in certain areas.”

With hurricane Harvey now having dumped over 50 inches of rainfall in some areas and the flood waters set to remain for some weeks in certain places, there is a significant chance of difficulty in identifying what type of water event caused the flooding and both insurers and reinsurers will need to be aware of contract terms.

Additionally, we would also add another potential legal complexity, with the hurricane Harvey catastrophe event now almost a week old, as the rains from the storm began last Thursday in southern Texas, there could be questions raised over the hours-clause as the flooding is expected to persist for some days to come.

Could this lead to any questions over cedents being able to claim on Harvey as being two events, rather than one? Time will tell, but this could definitely add to the complexity of the reinsurance claims process in particular.

Finally, Netherway said that the energy industry impact could also be complex to resolve for re/insurers, particularly the question of business interruption and the cost of shutting down capacity both in the Gulf of Mexico and on land in Texas and Houston.

With oil and energy facilities abundant in the region that has been flooded, there could be a considerable amount of output locked in for days or even weeks and this could exacerbate the situation even further for re/insurers, leading to a relatively large BI portion of the eventual insurance industry loss.

“Insurers and reinsurers are likely to be particularly concerned at the extent of cover available to the oil and gas industry,” Netherway explained. “Even if physical damage to oil installations is limited, there is likely to be massive disruption to the oil industry centred on Houston (which is already impacting global oil prices). The ability of oil companies to claim for this disruption will be of particular concern to the energy market.”