Florida’s property insurance reform bill has been passed by the House and awaits a signature from State Governor Ron DeSantis, despite opposition from Democrats. 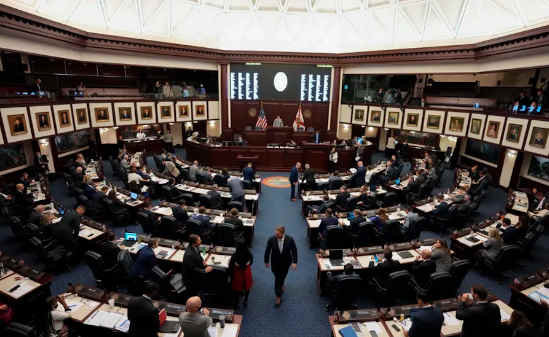 The bill aims to create a $1 billion reinsurance fund, reduce litigation costs and may compel some customers to leave state-created insurer Citizens.

Additionally, it aims to eliminate one-way attorney fees for property insurance lawsuits, removing the ability of a homeowner to sign over benefits to a contractor to pursue the claim on their behalf to kick-start repairs.

Supporters of the bill say its measures are necessary to stabilise Florida’s property market, which has seen numerous insurer insolvencies this year, as well as rate increases and policy cancellations that have impacted policyholders.

But the bill has become very much as partisan issue, as it was passed 84 to 33 in the House along party lines.

Democrats argue that the legislation is in effect a ‘bailout’ for a failed market and does not hold to account those in the market and in local government who allowed the crisis to unfold, including Florida Insurance Commission David Altmaier.

It’s also worth noting that many reinsurance capital providers do not believe the measures outlined in the bill will be sufficient to cover the gaps that will be left in Florida property insurers’ towers next year unless more can be done to rebuild the reinsurer appetite for risk in the state.

The bill was the outcome of a Special Session of lawmakers that convened this month, and which followed an earlier session this year, when the state voted to bring in reforms including a $2 billion reinsurance fund and new rules on coverage denials and attorney fees, as well as $150 million for hurricane retrofitting, and rules that require insurers to provide a reasonable explanation for denying coverage

“This Special Session was all about relief,” said Speaker Paul Renner of the latest meeting. “I am proud of the work the House did striking a difficult but careful balance to stabilize Florida’s property insurance market and the growth of Citizens Insurance. We have created more competition in the marketplace and have taken significant measures to reduce frivolous lawsuits, all while holding insurers accountable to consumers. The House also took important steps to provide disaster relief to Florida families recovering from Hurricanes Ian and Nicole and designed a toll relief program that saves Florida commuters money.”

“We have a tremendous amount of consumer protections in the property insurance legislation,” added Representative Bob Rommel. “I appreciate Speaker Renner for supporting bringing forward a robust legislative package which is a great start toward stabilizing Florida’s property insurance market.”