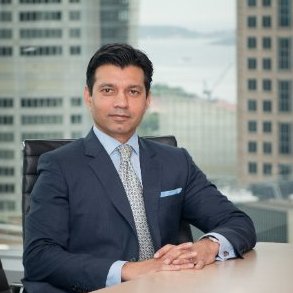 Heerasing brings over 20 years’ re/insurance experience to the role, after having spent most of his career at Catlin and XL Catlin.

Since 2002 he’s served in various management and underwriting roles for Asia-Pacific, while based mostly in Singapore.

Heerasing acted as Chief Underwriting Officer of Catlin and after the Catlin and XL merger, he became Regional Underwriting Director of Asia Pacific (Insurance), taking on the additional role of Distribution Director.

“Furthermore, his experience in successful change management will be a big asset for ACR at this stage, when ACR’s acquisition by its new owners is near completion. We are all very excited about his appointments.”

The Singapore-headquartered reinsurance group is in the process of being acquired by Shenzhen state-owned investment corporations, Shenzhen Qianhai Financial Holdings Co and Shenzhen Investment Holdings Co.

“Both the Board and ACR’s new owners have full confidence that he will be a strong leader for ACR through its ownership transition as well as in the group’s continued evolution into a leading Asian risk solutions provider.”

Commenting on his appointments,  Heerasing added; “I was based in Asia during ACR’s formative years in the industry and have observed its evolution with keen interest and respect. I have been most impressed by the group’s resilience and ability to build strong, sustainable client relationships during what has turned out to be a challenging period for the industry.

“I am excited about the opportunity to lead ACR and look forward to working closely with its new owners and talented staff to build on these strong foundations of service and relevance to the reinsurance community as we collectively look to further grow the company.”

Asia Capital Re was established in November 2006 and today has a local presence in 11 territories throughout Asia.