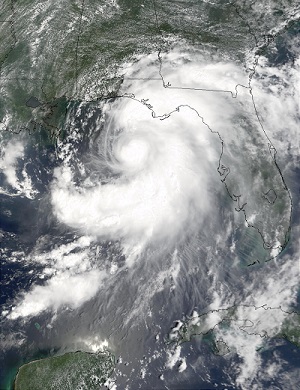 Barry made landfall 160 miles west of New Orleans on Sunday as a Category 1 hurricane, reaching maximum sustained winds of 75mph for a short while, before dropping back into tropical storm territory.

KCC has said that its almost $300 million insured loss estimate for the storm includes privately insured wind and storm surge damage to residential, commercial, and industrial properties, and also automobiles.

Across Louisiana and Mississippi almost 150,000 homes and businesses experienced power outages, while in parts of southern Louisiana some isolated instances of damage occurred as a result of fallen trees. Further damage was also recorded at the landfall point, including roof damage to residential buildings and more substantial damage to small structures, says KCC.

Prior to landfall, much of Louisiana had been braced for catastrophic levels of flooding, but this largely failed to materialise. And, New Orleans in particular did not see the level of storm surge that some experts had anticipated.

KCC notes that forecasts of rainfall as high as 25 inches failed to materialise, which means that excess rain did not add to the losses or additional flow to the Mississippi River. However, levees in some less densely populated regions of south New Orleans did overtop.