Early estimations for economic losses from the 7.3 magnitude Iran earthquake that killed over 500 people and injured thousands put total losses at $641 million, according to the Kermanshah Province vice governor, Mojtaba Nik-Kerdar. 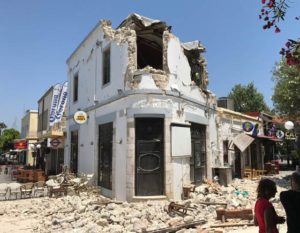 The financial tribune quoted Mojtaba Nik-Kerdar’s estimate of $197 million of losses attributed to properties in the damaged area, including houses, commercial units and offices.

Ebrahim Hamidi, a member of Iran Insurance Company’s Strategic Council, said just 2-3% of properties in the catastrophe-struck region are insured.

The largest and the only state-owned firm in the country, Iran Insurance Company said it’s already paid out $1.3 million to 1,320 claims.

While the Iranian government will be left to pick up most of the earthquake’s total losses, the event highlighted the need for a natural disasters insurance fund.

President of Central Insurance of Iran, Abdolnasser Hemmati, said; “a bill aimed at setting up such a fund was presented by CII several years ago, but has remained in limbo,” he urged the government and lawmakers to help ratify the bill, the realization of which would mark a revolution in the earthquake insurance industry of Iran, according to the Financial Tribune.

If the new bill is passed, it would make fire insurance, including earthquake insurance, mandatory.

Risk pool facilities have proven their value in making natural disaster insurance accessible within developing countries; limiting financial impact to governments of catastrophic natural events by the provision of short-term liquidity when a policy is triggered.

The Caribbean Catastrophe Risk Insurance Facility (CCRIF SPC) is one such example, having recently been successfully deployed to mitigate post-hurricane fallout in its Caribbean member states.

Global re/insurers have been looking to do business in Iran after the sanctions were lifted in January 2016, and while entering into this market isn’t without its challenges, the opportunity is highlighted by the lack of insurance protection from recent earthquakes.

Starr Companies has announced a new partnership with SMARTT MGA, that sees the latter act as Agent for Starr International...