Insured losses resulting from the recent outbreak of devastating bushfires in Australia are now likely to be as high as AU $1.9 billion (US $1.3 billion), according to the latest estimates from the Insurance Council of Australia (ICA). 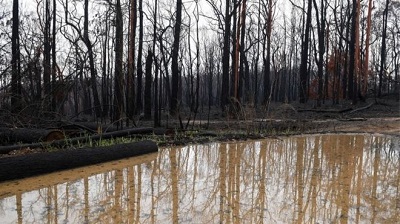 The updated figure – which represents a 15% increase on the ICA’s previous estimate – comes alongside news that all of the bushfires in New South Wales are now considered to be contained.

While there continues to be some fire activity in the south of the state, firefighters now have all blazes under control thanks to heavy rain over the past week.

But as the immediate threat of the fires passes, the full extent of the damage is now becoming clearer, leading to a further uptick in industry loss estimates.

The ICA has now received 23,362 claims in relation to the bushfires, the vast majority of which were from New South Wales, but with some claims also recorded in Queensland, South Australia, and Victora.

According to the ICA, the 2019 bushfire season is the second most destructive fire event in Australia’s history, with 2,890 buildings destroyed

The recent fires are estimated to have burnt through more than 5.4 million hectares of land in New South Wales alone, and destroyed 2,439 homes in the state.

In total, the 2019 fire season consumed more than 11 million hectares of land, which is an area comparable to the size of England.

And while most communities are finally safe from the fires, the heavy rainfall this week has brought flash flooding to Queensland, with further storms expected along the east coast in the next few days.

Industry losses have been further exacerbated by powerful thunderstorms last month that brought large hail to major metro areas of Australia – including Melbourne, Canberra, and Sydney – and caused widespread damage to structures and vehicles.

A number of insurers have already confirmed that the combined impact of the bushfires and storms in Australia has required them to tap into their reinsurance programs, including IAG and Suncorp.

Specialty insurer and reinsurer Brit has reported an improved underwriting result for the full year 2019 while its return on...