AIR Worldwide, the catastrophe risk modelling arm of Verisk Analytics, has estimated that industry insured losses resulting from Hurricane Michael’s winds and storm surge will be between $6 billion and $10 billion. 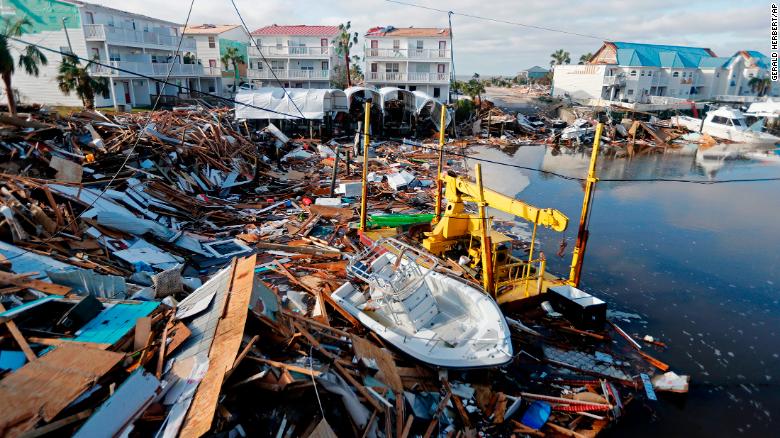 Michael made landfall in Florida last week as a Category 4 storm, with sustained wind speeds of up to 155mph, making it the strongest hurricane to hit the U.S since Andrew in 1992.

Widespread damage was reported across the state as winds destroyed buildings and cars and storm surge of up to 14 feet flooded coastal areas.

AIR’s estimate compares with figures from Karen Clarke & Co, who recently put insured losses at $8 billion, and CoreLogic, who updated their loss range to between $3 billion and $5 billion.

AIR said that its estimate accounts for physical damage to both the structures and contents of property, storm surge damage to automobiles, as well as living expenses for residential claims and business interruption losses for commercial claims.

However, it does not include losses related to precipitation-induced flooding, losses paid out by the National Flood Insurance Program (NFIP), and losses to inland marine, marine cargo and hull, and pleasure boats.

“Most wind damage was confined to the Florida Panhandle and southern Georgia, although some local wind-related damage such as downed trees and power lines occurred farther north along the track into the Carolinas,” said Peter Sousounis, Vice President and Director of Meteorology at AIR Worldwide.

“Since Michael was a fairly rapidly moving storm, precipitation accumulation was far less than for Florence, although some of the areas previously flooded by Florence were already saturated,” he added. “Forecasts of around 4 to 8 inches of rain along the track through the southeastern U.S. were accurate, and these rains triggered some local flash flooding.”

Tyndall Air Force Base, to the west of Mexico Beach, was also severely affected by wind gusts of up to 129mph, and experienced significant damage to structures, aircraft and vehicles, including a number of fighter jets.

Florida’s state capital, Tallahassee, reported a number of trees down but relatively little structural damage due to its location farther inland.

AIR also said that initial reports indicate that structural damage was limited in the other states affected by Hurricane Michael, which included Georgia, Alabama, South Carolina, North Carolina and Virginia.

Reinsurers to absorb the majority of FedNat’s Michael exposure

FedNat Holding Company estimates that its aggregate gross losses from Hurricane Michael will be approximately $275 million, of which it...