Analysis from catastrophe risk modelling firm, Karen Clark & Company (KCC), estimates that the insurance industry loss from the recent severe convective storm (SCS) outbreak in the U.S. will be around $3 billion. 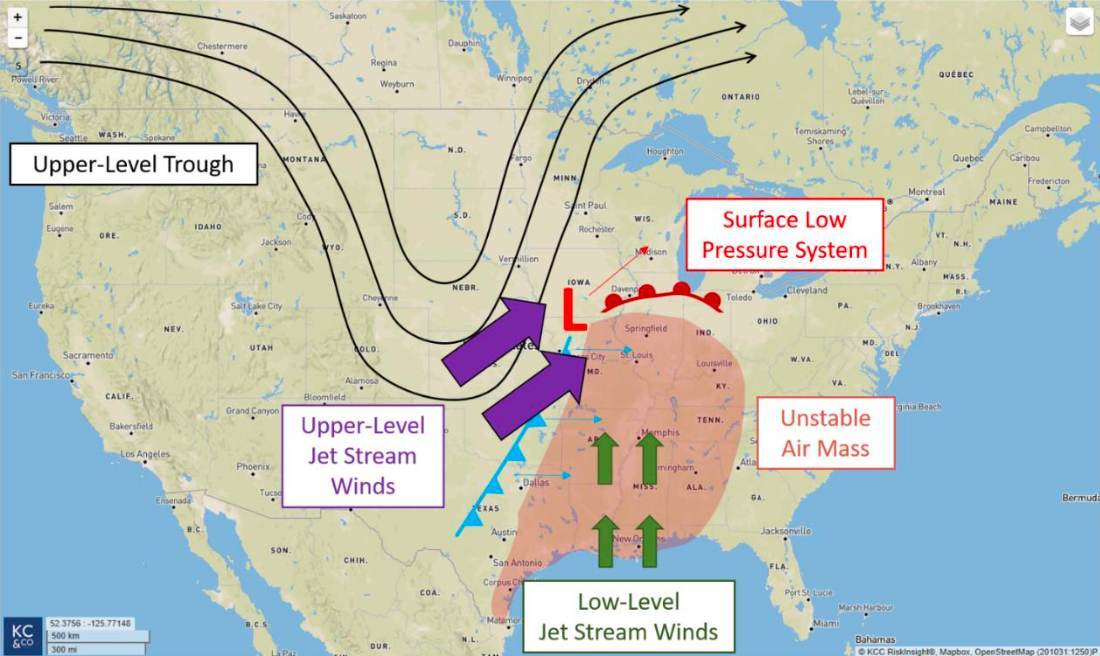 According to KCC, there have been 60 reports of tornadoes and more than 350 reports of damaging wind gusts.

The storms were fuelled by the interaction of above-normal temperatures and anomalous moisture which allowed for high amounts of available atmospheric instability, reports KCC.

The majority of the damage was a result of the ‘Quad-State Tornado’, which significantly impacted four states in four hours along a path greater than 200 miles in length.

Both the Warren and Graves counties of Kentucky experienced some of the most significant damage, where there’s reports that hundreds of homes and businesses have been destroyed.

The $3 billion insured loss estimate from KCC comes after insurance and reinsurance broker Aon said that the US tornado outbreak would likely be a multi-billion dollar event.

Earlier today, Swiss Re reported that annual re/insured losses from natural catastrophes in 2021 stood at $112 billion, a figure which excludes any losses related to the US tornado outbreak loss.