PERILS, the catastrophe loss data aggregator, has reported an increased final industry loss estimate for the January 2020 Australian hailstorms of AUD 1.887 billion (USD 1.5bn), which represents an increase of roughly 4% from the previous estimate in July of last year. 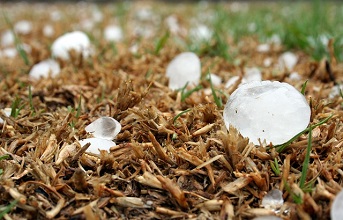 The unusual hail event struck the states of Victoria, New South Wales, and Queensland, as well as the Australian Capital Territory within a three-day period, with the largest impact witnessed in Canberra which suffered from hailstones up to 6cm in size.

In July 2020, PERILS pegged the total insured cost of the event at AUD 1.811 billion (USD 1.28bn), after an estimate of just AUD 670 million (USD 473mn) in March – although this estimate only included losses for property lines.

PERILS’ fourth and final loss report, which comes 12 months after the January 19th to 21st hail event, provides a comprehensive breakdown of both property and motor losses by postcode, with the data further split by residential and commercial lines, with loss amounts divided into buildings, contents, and business interruption where available.

Across the regions impacted by the hailstorms, motor losses accounted for 42%, or AUD 793 million (USD 616mn) of the total industry loss, with 58% coming from losses in property lines of business, reports PERILS.

Head of PERILS Asia-Pacific, Darryl Pidcock, commented: “This release is the final report for one of the largest Australian hailstorm events in the last 30 years. Given its impact on the industry, we are convinced that the detailed industry loss footprint we have provided today will contribute to a better understanding of hail risk in Australia.

“The need for detailed loss and exposure data for hail was further highlighted by the two significant hail events in Queensland that occurred later in the year. Together with the January event, these hailstorms have generated more than AUD 3.5bn in losses for the insurance industry in 2020.”

Helping members deal with the pandemic and supporting post-Brexit trading have been outlined as top priorities for the London and...