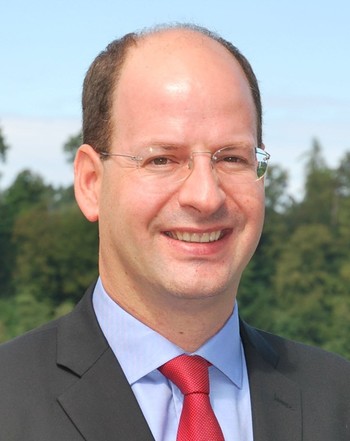 Karl is retiring at the end of 2017 after 17 years with Swiss Re, which includes six years as Group Chief Economist.

Karl discussed the prospects for rate increases in 2018 at an event held in London earlier today, as we reported at the time.

Haegeli is currently Swiss Re’s Head of Investment Strategy at Group Asset Management, and in his new role will assume responsibility for the firm’s economic research, associated forecasts and consulting, and will report to Jeffrey Bohn, Director of the Swiss Re Institute.

Haegeli joined the reinsurer in 2008, and before this held a number of positions at Bank Julius Bear, the International Monetary Fund’s (IMF) Executive Board, the Swiss National Bank, and also UBS Warburg.

“We are excited to have Jerome joining the Swiss Re Institute as Group Chief Economist. He brings with him deep experience and expertise in financial markets, international economics and central bank policy. This background makes him well qualified to steer our macro-economic research agenda,” said Bohn.

Haegeli is currently a member of committees at the World Economic Forum, the Institute of International Finance and the European Financial Services Roundtable, and represents Swiss Re at a number of industry roundtables.

“He can build on the success and strong reputation of our economic research and consulting work. For these achievements, we would like to thank Kurt Karl – especially for his commitment and leadership as Group Chief Economist over the past six years.

“All our research plays a pivotal role in providing our clients with a differentiated service offering with the goal to support them in making informed decisions on how to steer their business in a fast changing insurance market environment,” continued Bohn.