Katrina’s economic impact would be $40bn higher today: Swiss Re

A new report from Swiss Re Institute has estimated that economic costs could be as high as $200 billion if Hurricane Katrina were to hit New Orleans in 2020, which is more than $40 billion higher than the 2005 total. 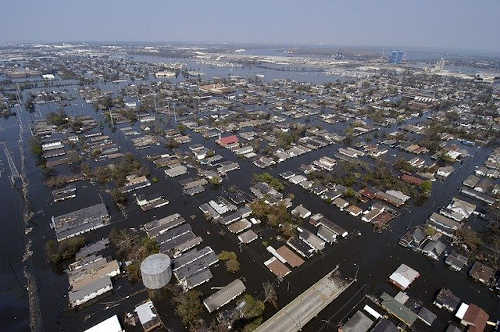 Adjusted for inflation, economic losses from Katrina come to approximately $160 billion dollars with the insurance industry picking up around $86 billion- the biggest global insurance loss in history.

But although Katrina remains the costliest natural catastrophe for the global insurance industry to date, Swiss Re believes there is room for other plausible scenarios to produce even larger losses.

Breaking down Katrina’s insured cost, private insurance companies $41 billion on 1.7 million claims for residential, commercial and automotive damage in the US and a further $8 billion for damages to offshore energy facilities in the Gulf of Mexico.

However, estimating present-day losses based solely on inflation does not consider many of the other conditions that might influence what a similar event to Katrina would look like in 2020, such as changes in coastal population and vulnerability, and climate change.

Based on its probabilistic tropical-cyclone loss model, Swiss Re believes that if Katrina were to hit the US in 2020 with the same wind and storm surge as 2005, the economic toll could exceed $175 billion.

Likewise, it calculates that privately insured losses in the US alone could rise to 60 billion, excluding offshore losses in the Gulf of Mexico or losses to the NFIP.

“These figures illustrate that despite New Orleans’ lower population and strengthened flood protection system, economic losses from natural hazards like Katrina are expected to continue to increase,” the report stated.

And factoring in the influence of climate change could see costs rise even further, Swiss Re added.

For example, climate-change scenarios like increasing the sea level by six inches or increasing Katrina’s windspeeds by 5 mph (which in turn would generate greater storm surge), could lead to an insured loss of up to $65 billion and economic losses above $200 billion, the reinsurer said.

“The sample scenarios here illustrate how the risk landscape has changed in the last 15 years due to changing hazard, exposure and protection factors,” Swiss Re concluded.

“While Katrina and variations thereof reveal the absolute loss potential posed by tropical cyclones under current and future climate scenarios, it is still important to note that this potential is dwarfed by a similar event impacting a more populated region with greater residential and commercial assets, like Miami-Dade County, Florida or Houston, Texas.”

“Moving forward, a dynamic tracking of the risk landscape is paramount for any tropical-cyclone risk assessment, as several percentage points of change per year in factors like hazard, exposure and vulnerability quickly accumulate to create immense increases in natural catastrophe risk.”