Karen Clark & Company (KCC) has estimated that insurance industry losses from Hurricane Hanna, the first hurricane of the 2020 North Atlantic hurricane season, will near $350 million. 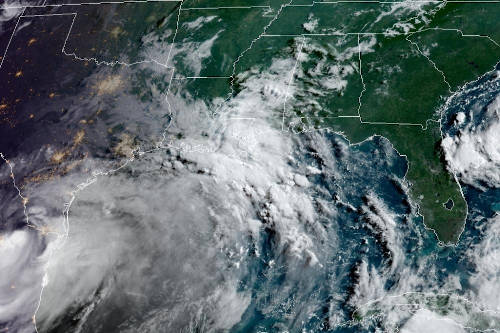 After forming as a tropical storm on July 23rd over the Gulf of Mexico, Hanna tracked northwestward as it neared the Texas coast over the following days. Hanna made landfall as a Category 1 storm, with 90mph maximum sustained winds on Padre Island, Texas on July 25th.

The storm weakened rapidly after landfall owing to land interaction as it tracked southwest and, by the following day, Hanna had deteriorated into a tropical storm as it passed into Mexico.

The storm left more than 20,000 customers without power in parts of southern Texas, while low to moderate levels of wind damage have been reported throughout the Rio Grande Valley. According to KCC, damage to lightweight structures was pretty common and other forms of damage included roof and siding damage, with occurrences of more severe structural damage being rare.

At close to $350 million, the primary market will likely take the large majority, if not all of the losses from damages caused by Hurricane Hanna.