The protection gap (disparity between economic and insured losses post-event) for losses from natural disasters in Latin America reached $15 billion in 2016, with widespread impacts to various regions’ vital agricultural sectors from numerous perils, but innovative insurance and reinsurance solutions can help to bridge the gap, according to reinsurance giant Swiss Re. 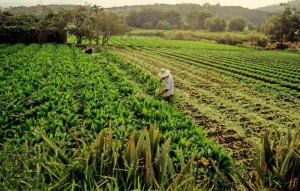 According to Swiss Re’s recent expertise publication, building resilience in the eye of the storm – agriculture in the Caribbean and Central America, by 2050, farmers around the world will be tasked with feeding almost 10 billion people, up from the 7.5 billion today.

For many countries across Latin America, the agriculture sector provides millions with income and food, making it a truly essential part of everyday life. At the same time, catastrophe events that damage crops or hinder growth of crops, such as flooding, droughts, hurricanes, and so on, appear to be increasing in both severity and frequency, with many suggesting climate change is exacerbating the problem.

According to Swiss Re, in 2016 the protection gap for natural catastrophe losses in Latin America reached $15 billion, which is over 60% of the total loss.

“While agriculture makes up only a part of this figure, natural catastrophes invariably hit farmers, so it stands to reason that the protection gap in farming is at least as large as it is for the general economy. Protecting farmers in all areas of agricultural activity is therefore key,” explains Swiss Re.

Overall, insurance penetration is extremely low in the region, and in just the agriculture sector in 2016, insurance penetration was just 0.04% of gross domestic product (GDP). Clearly, the agricultural sector in these vulnerable, typically poorer parts of the world is in need of effective and affordable solutions to tackle the protection gap, and provide farmers with the security they need in the face of losses.

“Agriculture is a huge growth opportunity for farmers, farm suppliers, banks and insurance companies across Central America and the Caribbean. Tapping into this potential will have a stabilising effect on the economies in the region and thus help combat poverty.

“According to the World Bank, growth in agriculture is twice as effective in reducing poverty as any non-agricultural activity. By focusing on this area, societies follow a sustainable development path which will also make them more resilient to external shocks,” explains Swiss Re.

Innovative insurance solutions for farmers do exist in many parts of the world, highlighted by initiatives such as the African Risk Capacity (ARC), which provides member countries with parametric coverage against certain natural catastrophe events.

Swiss Re underlines a need for the private markets to collaborate with public sector entities and farmers in these parts of the world, to develop and scale the reach of agricultural insurance across Latin America.

For insurers, reinsurers, and also alternative reinsurance capital providers, the protection gaps of the world signal a huge opportunity to drive additional, diversified revenue while helping those that need it the most with access to valuable insurance protection against extreme weather and climate-related events.