Legal and General Assurance Society Limited has entered into a partial buy-in to buyout bulk annuity transaction with the Rolls-Royce UK Pension Fund (RRPF) worth £4.6 billion. 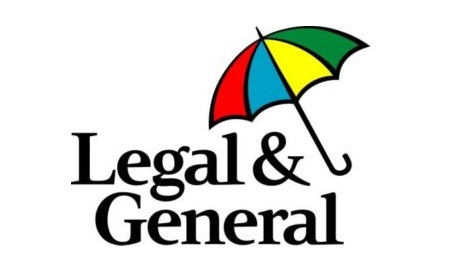 The deal, which Legal & General claims is the largest UK bulk annuity transaction to date, will secure the benefits of around 33,000 in-payment pensioners.

The insurer previously partnered with Rolls-Royce in 2016, completing a £1.1 billion buyout for the Vickers Group Pension Scheme, and Legal & General Investment Management Limited currently manages a portion of the RRPF’s assets.

Under the terms of the latest deal, Legal & General will be responsible for the administration and payments of pensions to relevant scheme members once the transaction moves to buyout.

The transaction also reportedly required the use of a number of innovative solutions, including the transfer of a hedging portfolio and the restricting of an existing longevity swap held by the RRPF.

“Today’s announcement of the Rolls-Royce trustee’s transaction with Legal & General demonstrates the strength and expertise of our team and our ability to handle transactions of all sizes and complexity,” said Laura Mason, CEO of Legal & General Retirement Institutional.

“Working collaboratively with the scheme and its advisors, we can provide the security of insurance, whilst also ensuring that the scheme members benefit from the quality customer service for which the Legal & General group is known,” she continued.

“The scale of the transaction provides further opportunities for us to invest directly in the UK economy and make a positive difference in our towns and local communities.”

Joel Griffin, Head of Global Pensions & Benefits, Rolls-Royce, also commented: “We’re delighted to be able to offer greater stability and certainty for the members of the Rolls-Royce UK Pension Fund by protecting the benefits of around 33,000 pensioners for the future through this transaction.”

“This would not have been possible without the close collaboration and commitment of our Trustees and advisers over many years, ensuring that the scheme is well-funded,” he added.

Legal & General has now transacted more than £6bn in global bulk annuity transactions in 2019 and four of the five largest UK bulk annuity deals to date.

The company explained that the transaction with Rolls-Royce represents about 30% of the RRPF’s assets and 25% of the market cap of Rolls-Royce Holdings Plc.

Legal advice was provided to Legal & General by CMS and Eversheds Sutherland, and to the RRPF Trustees by Linklaters. The RRPF Trustees were advised on the transaction by Aon and Mercer.