Liberty Mutual Re, part of the Liberty Mutual Insurance Group, has announced the promotion of Alice Blake to the role of Senior Underwriter – Financial Risks Reinsurance. 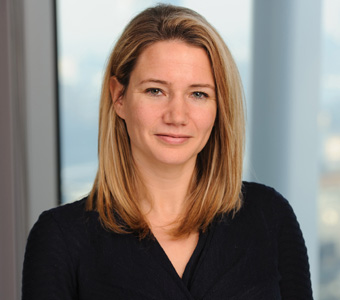 Based in Bermuda, her appointment comes as part of a push to build out Liberty Mutual Re’s reinsurance operations on the island.

Blake will also continue in her role as role as Political Risk/Credit Risk (PR/CR) Single Risk Product Leader, underwriting PR/CR business that has been renewed onto the Bermuda platform.

In her new position, she will be responsible for the underwriting of an established financial risks portfolio, and will also develop and implement a strategy to access business originating from the Bermuda reinsurance market.

Blake takes up her post with immediate effect and will report to Steve Horton, President of Liberty Specialty Markets Bermuda.

She will also continue to report into Susan Barber as part of the global Financial Risks Reinsurance team.

Horton commented on the appointment: “Alice’s arrival is part of our long-term strategy to build out Liberty Mutual Re’s reinsurance operations in Bermuda.”

“Having developed a strong portfolio of reinsurance business in London over the last five years, she has the technical skills and experience necessary to make an impact in the Bermuda market and, importantly, grow our financial risks reinsurance book here,” he said.

Blake has more than 10 years’ experience in the re/insurance sector and has been with LM Re since 2014, working as a London based reinsurance underwriter.

She previously worked for XL Insurance in London as an underwriter, before which she held roles at BAE Systems in Australia and Europe.

LM Re, which currently offers treaty reinsurance solutions across locations in the UK, Europe, the Middle East and the US, said the expansion in Bermuda would build on its 2018 recruitments in Italy, as well as its expansion via Lloyd’s Mexico in May 2019.

Secular headwinds to continue for reinsurers, but rates may rise 5% in 2020

Reinsurance firms are expected to continue facing "secular headwinds" to their business models in 2020, with rate rises of around...