The performance review process at Lloyd’s is to maintain the same rigour in 2019 in order to build on the progress achieved last year, although its focus will shift towards encouraging growth and best practice, rather than clamping down on underperformance. 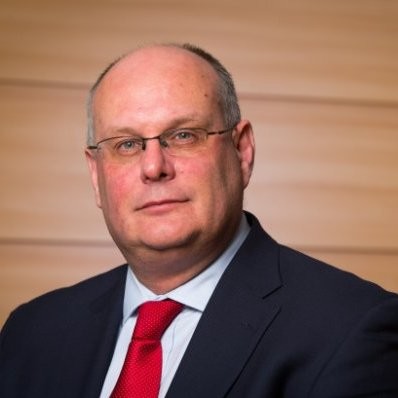 This is according to Performance Management Director Jon Hancock, who outlined how the efforts to bring Lloyd’s back to a sustainable, profitable position would be carried on into the coming year.

“Lloyd’s results aren’t where they need to be and they’re not where they deserve to be,” Hancock said at a press conference following the release of Lloyd’s 2018 results.

The insurance and reinsurance marketplace posted an aggregated market loss of £1 billion for 2018, driven by a volatile investment environment and a second consecutive year of elevated natural catastrophe activity.

However, Lloyd’s said that its results showed “green shoots of improvement” as the market implemented plans to drive increased efficiency and lower its costs last year, removing almost £3 billion of poorly performing business.

“2018 was about Lloyd’s setting up for success and this year it’s about maintaining that progress,” Hancock explained. “That means that everyone has to deliver those plans for sustainable performance and aim to deliver the profitable growth.”

“We had some catching up to do last year, and whilst we didn’t try and solve everything in one go, we did try to solve a lot in one go to raise the bar,” he continued.

Hancock said that Lloyd’s focus will now move on from the “key moments of the planning process,” which involved some large insurers exiting certain lines of business, to building on the plans already in place.

“The rigour will be the same, but the pinch-points will be very different and the process will be shorter,” he stated.

As part of its plans for continued improvement, Lloyd’s will start to move from upholding minimum standards to defining what best practice looks like in certain key areas.

“We will keep monitoring and active on those Decile 10 – the very worst performers – but we’ll also actively understand and encourage growth of the best performers, so the decile 1 and 2, to make sure that we encourage good quality growth as well as fixing the problems that might be there,” Hancock said.

“We all know and we all talk about how high costs are harming Lloyd’s competitiveness and they are harming the combined ratios, and we’ve got to do more to improve them,” he continued.

This year Lloyd’s has already delivered a review of acquisition costs across the market, and a second review on administration costs is about to start.

The results of the performance drive were reflected at the January renewals, Hancock claimed, which saw “encouraging” signs of good momentum, although more progress is needed.

Rates were generally positive across the market for a sixth consecutive quarter, and most syndicates outperformed their own rate plans, he said.

Lloyd’s also outlined a new plan to address sexual harassment in the market this week, which aims to increase reporting and awareness of issues, as well as introduce sanctions that include the potential for a lifetime ban from the marketplace.