Specialist insurer Markel International has expanded its Trade Credit and Political Risk Team in Singapore with the appointment of Lee Zong Wen as Assistant Underwriter. 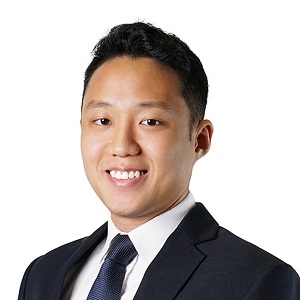 Zong Wen joins Markel from Jardine Lloyd Thompson (JLT), where he has served as Senior Executive Broker for the Political and Security Risks team since 2016.

Prior to this, he was an Executive Account Manager at credit insurer Coface, in its Singapore branch.

In his new role, Zong Wen will be responsible for servicing client accounts and supporting the existing underwriters and senior risk analysts, Dillon Matthews and Nick Davies, as they continue to grow the trade credit and political risk book in Singapore and the Asia Pacific region.

“Zong Wen will be a great addition to the team in Singapore and his appointment is a reflection of our running success in building on our presence in the region,” said Adrian Jones, Head of Strategy for Trade Credit in Asia and Middle East.

“His previous roles at JLT and Coface have given him a solid foundation in trade credit and political risk insurance and we are confident his support to Dillon and Nick will be invaluable as the team continues to grow the book in Singapore and expand further into Asia Pacific,” Jones added.