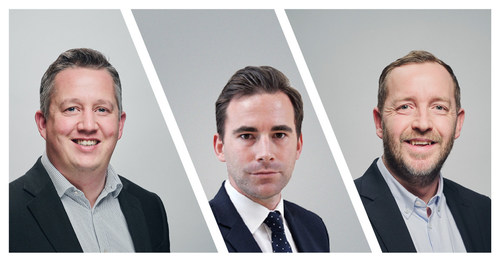 Under the new leadership team, Jonathan Pestell will assume the role of head of claims performance for speciality. Within this role he will focus on driving broker engagement, while identifying areas to strengthen Markel’s claims service across its professional and financial risk (PFR), cyber, equine, and trade credit, political risk, and surety (TCPRS) classes of business.

Having been with Markel International for more than 12 years, Pestell has previously held the role of claims manager of professional indemnity at the organisation.

At the same time, Thomas Upton has been named head of claims performance for marine and energy. Akin to Pestell’s position, Upton will focus on enhancing relationships with brokers, ensuring that complex claims continue to be dealt with quickly and efficiently for clients operating in the marine and energy liability space.

More than seven years ago, Upton started his career at Markel International as a senior claims adjuster. Since then, he has climbed the ranks within the organisation to become claims manager of energy liability and terrorism.

Lastly, Dan Lofty has been named as the new head of claims operations and special projects team (SPT).

Within this role, he will be responsible for managing vendor relationships, as well as also ensuring that the business continues to deploy the correct systems and processes.

Lofty joined Markel International more than seven years ago; starting his tenure at the company as a senior casualty claims adjuster in the reinsurance division, before progressing to the role of reinsurance and special projects claims manager.

Overall, the trio have more than 50 years of experience in claims between them.

Pestell, Upton, and Lofty will be based at Markel’s London office and they will each report to Chris O’Shea, wholesale claims director at Markel International.

O’Shea commented: “We would like to congratulate Jon, Tom, and Dan, on their recent promotions. With their wealth of knowledge and experience in claims, I am confident that they will further enhance our award-winning claims service, by working closely with our brokers, clients, and underwriting teams to drive profitable growth, as our wholesale business navigates to US$2bn gross written premium (GWP).”