It’s been announced that Marsh and Guy Carpenter will combine their Latin American facultative reinsurance operations with those of JLT Group, following the completed acquisition of JLT by Marsh & McLennan Companies (MMC) on April 1st, 2019. 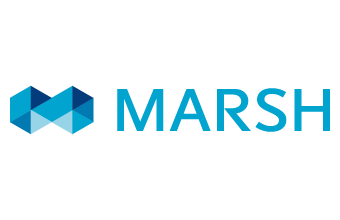 The combined operations will be called Carpenter Marsh Fac Re, and will be led by current Mercer Marsh Benefits Leader, Andrew Perry, as Chief Executive Officer (CEO). Based in Miami, Perry will report to President of Global Placement at Marsh, Dean Klisura and Ricardo Brockmann, CEO of Marsh Latin America and Caribbean (LAC).

Prior to joining Mercer Marsh Benefits in 2014, Perry worked as client and business development leader for Marsh’s LAC region, having joined Marsh in 1998. He also served as Leader of Marsh’s LAC Risk Management segment between 2004 and 2010, based in Buenos Aires.

“Carpenter Marsh Fac Re will offer an even wider range of cost-effective risk transfer solutions across LAC. I am excited to be leading a team of unrivalled talent that will deliver deeply specialized expertise across virtually every area of insurable risk,” said Perry.

The current leader of Guy Carpenter’s office in Colombia, Juan Carlos Gomez, will serve as Deputy CEO of Carpenter Marsh Fac Re, based in Bogota, and reporting to CEO Perry.

The establishment of the operation is expected to create a leading Latin America facultative reinsurance intermediary.

James Nash, CEO, International, Guy Carpenter, said: “By combining the facultative reinsurance offerings of Marsh and Guy Carpenter with those from JLT we will be able to offer insurers and insurance buyers a more efficient way to access global reinsurance markets.”

Everest Insurance, a division of Bermuda-based reinsurer Everest Re, has appointed Dawn Gregg as Vice President of its risk management...