Moody’s increasingly positive on mortgage insurers as reinsurance use grows

With mortgage insurers in the U.S. increasingly leveraging the capital markets to secure reinsurance protection, alongside traditional forms of coverage, Moody’s Investors Service (Moody’s) has taken some positive rating actions and a somewhat more positive outlook on market players. 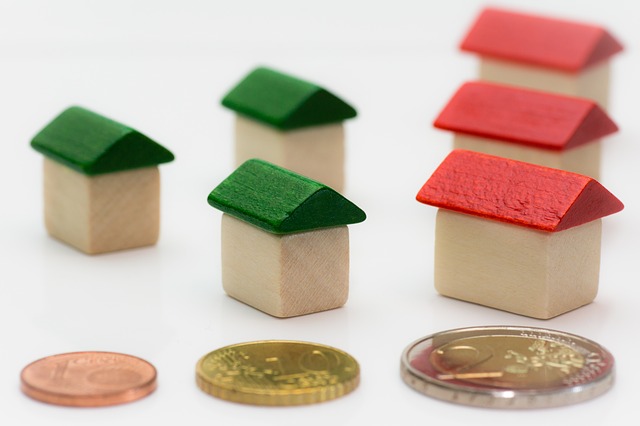 According to Moody’s, this has been bolstered by an increased use of excess of loss reinsurance via the issuance of insurance-linked notes (ILNs) issued to investors in the capital markets, as well as greater utilisation of traditional reinsurance protection.

As tracked by our sister publication, Artemis’ Deal Directory, which lists all catastrophe bond and related insurance-linked securities (ILS) transactions, including mortgage deals, mortgage risk has become a larger part of the ILS marketplace, with more than $8.4 billion of ILNs issued since the first deal came to market back in 2015.

Just one deal came to market in both 2015 and 2016, being Bellemeade Re transactions from Arch Capital Group, both of which amounted to just under $300 million. In 2017, National Mortgage Insurance Corporation entered the market with its Oaktown Re Ltd. issuance platform, which alongside another Bellemeade Re transaction from Arch, took mortgage ILN issuance to just under $580 million for the year.

The following year things really started to get interesting as issuance levels soared to almost $3 billion from seven transactions, and featured first time entrants Essent Guaranty, with its Radnor Re platform, MGIC Investment Corporation, with its Home Re issuance platform and Radian Guaranty, with its Eagle Re platform, alongside another Oaktown deal and three Bellemeade Re deals from Arch.

In 2019, mortgage issuance has again reached new heights in the capital markets, with more than $4.2 billion of ILNs announced so far from nine separate deals, which includes four Bellemeade Re deals, an Oaktown issuance, two Radnor Re transactions, an Eagle Re deal and a Home Re transaction.

With the exception of Genworth Mortgage Insurance Corporation, all of the mortgage insurers rated by Moody’s have leveraged the capital markets for reinsurance protection, and this, alongside the use of traditional protection has resulted in some positive rating actions and changes to outlooks.

Starting with Arch Capital Group, which has now issued the largest share of mortgage ILNs, as shown by the Artemis Deal Directory, Moody’s has affirmed the A3 financial strength ratings of its principal mortgage insurance subsidiaries, while the outlook for the ratings has been changed to positive from stable.

“Arch Mortgage’s positive outlook also reflects the firm’s leadership position in the mortgage insurance market and its strong capital adequacy, bolstered by its substantial use of reinsurance to mitigate underwriting volatility in stress scenarios. Arch Mortgage has transferred more than $4.7 billion of risk to the capital markets through 10 Bellemeade Re ILN transactions including its recently announced Bellemeade Re 2019-4 transaction. The group also has additional risk transfer protection through traditional quota-share and excess of loss reinsurance.

For National Mortgage Insurance Corporation, Moody’s has upgraded the insurance financial strength rating to Baa2 from Baa3, and affirmed the rating outlook as stable.

“NMIC’s Baa2 IFS rating reflects the continued progress made by the company in scaling its US mortgage insurance platform and improving its business and financial profile. The firm’s high quality insured portfolio, lack of legacy MI exposures and comprehensive reinsurance program also support the rating. These strengths are tempered by the firm’s need for continued access to reinsurance markets to fund its growth plans and by the firm’s status as the smallest player in the competitive US mortgage insurance market.

Moody’s message for the other mortgage insurers that it rates takes a similar tone, with MGIC having its insurance financial strength rating upgraded to Baa1 from Baa2, reflecting its use of ILNs and traditional reinsurance coverage.

Radian Guaranty also saw its insurance financial strength rating upgraded to Baa1 while its rating outlook remained stable, with Moody’s again highlighting the firm’s use of the capital markets to source reinsurance protection through ILN transactions.

Concerning Essent Guaranty, Moody’s upgraded the firm’s insurance financial strength rating to A3 and maintained its outlook for the rating as stable. Again, an increased use of reinsurance protection from both traditional and alternative sources was highlighted as a reason for the upgrade.

While Genworth’s rating was only affirmed and not upgraded, its rating outlook was changed to positive by Moody’s.

“GMICO has sourced risk transfer protection through excess of loss coverage in the traditional reinsurance market…However, the company has not entered into a ILN transaction with the capital markets at this time. Assuming GMICO systematically uses ILNs to reinsure new business going forward, it will take time for the company to have comprehensive reinsurance coverage on a substantial majority of its risk in force,” said Moody’s.

Clearly, the use of ILNs is having a positive impact on how the ratings agency views U.S. mortgage insurers, and, the fact that companies like Arch keep coming back for more and more deals, shows that it’s a real benefit to mortgage insurers to be able to utilise the capital markets for reinsurance protection alongside their traditional forms of coverage.

Chaucer, the specialty international re/insurance group, has announced the appointment of Colm Sheedy as Class Underwriter to work on its...