A court in Singapore has ruled that insurers must pay out under their commercial insurers’ policies for losses arising from Covid-19 lockdowns. 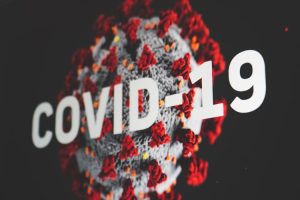 According to the Straits Times, a Singaporean newspaper, that country’s High Court has found QBE Insurance and MS First Capital Insurance liable to indemnify the owner of Le Meridien Phuket Beach Resort for losses after it closed on April 7, 2020, on order of the Thai authorities. The paper reported that the insurers were appealing the ruling.

The Straits Times wrote: “According to Relax Beach, which is represented by Senior Counsel Siraj Omar of Drew & Napier, QBE and MS First Capital had agreed to provide insurance coverage for business interruption losses suffered by its properties, including Le Meridien Phuket, as a result of certain events set out in the policy. This included the resort’s closure as a result of the outbreak of an infectious disease.”

It added: “On April 3, 2020, Relax Beach notified QBE’s Thai associate, KWG Insurance, that it intended to make a business interruption claim. It did so on May 26 that year, but was rejected by the defendants on May 29 on the basis that the business interruption cover required an outbreak of Covid-19 at the hotel.”

It went on: “Relax Beach sued the insurers in Singapore in March last year, alleging, among other things, that the requirements for making its claim had been satisfied as one of its hotel employees was a confirmed Covid-19 case.”

The two insurers disagreed, saying that there was no evidence that the Thai authortities had considered the confirmed Covid-19 case as the specific reason for the closure. They also said the resort had not told insurers of the infected employee or provide details of its losses, breaching its obligations under the policy.

These claims were rejected by the High Court.