Munich Re’s Chairman of the Reinsurance Committee, Torsten Jeworrek, placed the onus on insurers and reinsurers to adapt product offerings to better suit client needs after 2017’s catastrophe levels highlighted the extent of the global protection gap (the gap between insured and economic losses post-event). 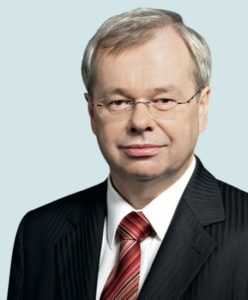 In 2017 economic losses from natural disasters were at the second highest annual loss levels on record, reaching $340 billion, and about 40%, or just $138 billion of this figure was covered by insurance.

This insured to economic loss ratio is due to four-fifths of global losses occurring in North America, with its high level of insurance density.

Jeworrek said that given these circumstances, “insurers are almost obliged to develop new covers that better meet clients’ needs.”

2017 wasn’t only a record-setting year for natural catastrophe losses, it also broke records for private technology investments by re/insurers which are leading the way in InsurTech investment after significantly increasing their activity in the market in Q4 2017, demonstrating that re/insurers have taken the innovation challenge fully on board.

65% of the incumbent InsurTech investments to date have been in businesses focused on enhancing the efficiency of product delivery, underwriting, claims and other administrative functions, according to reports.

Thus as the industry’s investment in InsurTech reaches new heights, re/insurers could be on the eve of the breakthrough needed for new coverage concepts that could significantly expand insurance uptake and reduce the global protection gap.

Jeworrek said: “The use of data from sensors or satellites and systems incorporating elements of artificial intelligence now make it possible to offer entirely new insurance concepts.

“Here is one example: crop insurance for farmers in regions where it is difficult to estimate losses using traditional methods of damage assessment.

“One positive effect of such a system is faster payouts by insurers, which help victims to get back on their feet more quickly following a disaster.”

He added that the re/insurance industry needs in-depth knowledge of how risks are changing and said the top of Munich Re’s agenda is to “achieve a better understanding of which regions and weather hazards are already subject to changed risk patterns due to global warming.

“And we are also looking at ways in which risk prevention can help limit losses. With all the knowledge at our disposal, we want to help ensure that insurance can play an even broader role in society than before and so help the economies of developing and emerging countries to recover more quickly from the effects of disasters.”

As experts predict that certain types of extreme weather events are likely to become more frequent in the future as a result of climate change, “2017 therefore gave us a foretaste of what we can expect in the future,” said Jeworrek.

Adding, “I believe these facts and figures not only highlight the business opportunities available to insurers. They also show the enormous economic challenges that people, companies and public institutions face in tackling the consequences of disasters.”

Property/casualty insurers active in the directors & officers (D&O) liability market could have difficulty maintaining underwriting performance in 2018 as...