The insurance and reinsurance industry should anticipate a long-run annual average bill of approximately $106 billion from global catastrophe events, according to analysis by catastrophe risk modeller, AIR Worldwide. 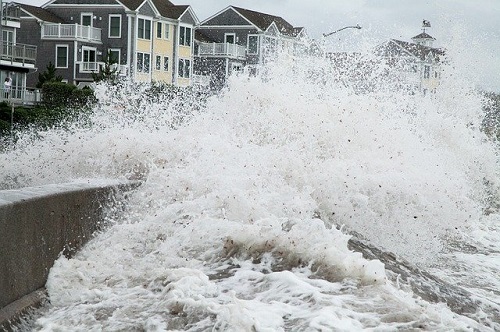 Verisk’s AIR Worldwide has released its 2021 Global Modeled Catastrophe Losses report, which shows that recent years of natural catastrophe losses are not outliers.

“While there has been justifiable concern about extreme event losses over the last few years, outside of 2017, actual global insured losses have been below the modeled long-term average,” said Bill Churney, President of AIR Worldwide.

Historically, AIR’s reports have provided aggregate losses at both the 100 and 250-year return period points from the full distribution of potential losses. And while the firm continues to see the importance of exploring loss metrics in the tail of distribution, it’s also keen to address concerns about the size of recent losses and the ability of current climate models to adequately reflect extreme loss potential.

As a result, AIR is now also reporting a further point on the exceedance probability (EP) curve representing the 5% EP (20-year return period), as the risk modeller says that losses of more than $200 billion are a “very real possibility.”

In fact, AIR says that there’s greater than a 40% chance the re/insurance industry will experience losses of above $200 billion in the next decade before accounting for growth in property exposure or climate change.

“Our report shows that the global insurance industry should currently expect a long-run annual average loss of $106 billion. This notably exceeds the actual average loss of the past decade of approximately $75 billion and is a stark reminder that we have been fortunate to not have had a major tropical cyclone or earthquake event in a highly populated region.

“However, such events can and will occur under the climatic conditions of today and society must continue to focus on ensuring resilience to the risks of today while also looking forward to how risk may change in the decades ahead,” continued Churney.

As our readers will be well aware, the insured slice of total economic losses from natural catastrophe events varies greatly by region.

AIR’s analysis finds that in North America, which is one of the world’s most mature insurance markets, roughly 50% of the economic loss from nat cats is covered by re/insurance protection.

However, in Asia and Latin America, for example, two regions where insurance penetration is lagging, insured losses account for just 12% and 24% of overall losses, respectively.

This highlights the vast protection gap (disparity between economic and insured losses post-event) that exists in both developed and emerging markets around the world, which, as highlighted by AIR, also varies greatly by peril.

Interestingly, AIR’s 2021 edition of its losses report also includes analysis on the recently published Intergovernmental Panel on Climate Change (IPCC) reports, amid concern that protection gaps around the world could increase in a warmer climate.

“Businesses in all industries, as well as governments, are recognizing the need in a post-COVID world to demonstrate their resilience and sustainability to extreme events. Understanding the potential for global financial losses under current conditions is a requisite starting point and AIR’s models have successfully helped the insurance industry do this for over three decades.

“The global EP curves generated in this report give companies the knowledge with which to benchmark and manage extreme event risk in the near-present climate for more than 110 countries worldwide, and we look forward to partnering with the industry to provide the metrics and solutions that are most useful in also managing long-term climate risk,” said Churney.

It remains to be seen how high both economic and insured catastrophe losses reach this year. But with the impacts of Uri, Ida, and the recent flooding in Europe, alongside wildfires and a host of other events around the world, analysts have suggested that insured losses in 2021 will come in above average.

Italian insurer Generali has received regulatory approval for the acquisition of a controlling interest in Società Cattolica di Assicurazione. The...