Reinsurance pricing could be jeopardised by capital influx, reports suggest

The much-improved pricing environment in the reinsurance sector could be jeopardised if catastrophe losses remain low for the rest of 2019, according to reports from the Financial Times, as an influx of alternative capital capacity returns to the market. 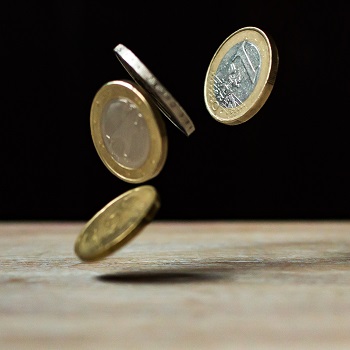 The publication noted that reinsurers have benefited from lower level of natural catastrophe losses so far in 2019, as well as higher rates resulting from an increase in demand and a squeeze on capacity.

This has largely been due to the unprecedented level of cat losses in 2017 and 2018, which have driven primary insurers to seek more reinsurance coverage, and has made alternative capital investors more wary.

However, analysts noted that with interest rates stagnating globally, a benign year for cat losses in 2019 could be the only incentive that these investors need to return to the sector.

From 2014-2017, when few natural catastrophes occurred, investors in reinsurance instruments benefitted from returns of about 5%, well above the rates available on government bonds and highly rated corporate bonds in many developed markets.

During this time, the amount of alternative capital in the reinsurance sector almost doubled to $97 billion, resulting in an abundance of capacity that fuelled competition and put pressure on pricing.

“The reason pricing hasn’t reacted well enough is that there is a lot of capital on the sidelines. It creates a lid on pricing,” Bronek Masojada, Chief Executive Hiscox remarked.

If investor appetite returns in 2020, the FT suggested, this could once again stimulate competition and lead to a reverse in the pricing improvements enjoyed by many reinsurers this year.

Of course, with Hurricane Dorian threatening the US east coast with a major landfall, the prospect of a benign catastrophe year is currently up in the air.

The storm is expected to hit primary insurers more than reinsurers, as most losses are expected to be below the threshold required to trigger reinsurance coverage, which could drive further demand for coverage next year.

“People are valuing the product more — they want to buy more reinsurance,” James Vickers, Chairman of Willis Re International, told the FT.

“A couple of years ago the [big] insurers were retaining more risk but that has gone into reverse. It’s earnings protection.”

Industry veteran Stephen Catlin, who recently launched Convex, also commented: “I’d be surprised if you don’t see another hardening of rates. You are likely to see a firming market for the next three to four years. Prices are nothing like what they were and a lot is still underpriced.”

Catlin was also sceptical about the possibility of a fresh influx of alternative capital, suggesting that “A lot of people have invested without understanding it.”

I think the heat on alternative capital is greater than the heat on the traditional market,” he added.

Insurance competition not working well for all customers, finds FCA

UK regulatory body the Financial Conduct Authority (FCA) has published a new report arguing that competition in the home and...