Analysts at Fitch Ratings believe that costs from storms Ciara and Dennis will increase pressure on UK household insurers’ profitability in 2020, potentially pushing them to an underwriting loss. 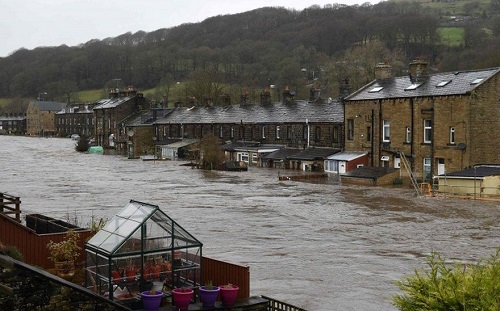 The storms brought strong winds, torrential rain and widespread flooding to the UK before moving across to other parts of Europe, with catastrophe modellers estimating that Ciara alone could cause insured losses of up to €1.8 billion.

In the UK, Fitch does not expect losses to exceed £500 million, but this could contribute to a combined ratio above 100% in 2020, given that the UK non-life sector is already facing challenges to profitability.

Fitch also argued that the occurrence of two windstorms in the same week highlights the importance of addressing the impact of climate change on insurance pricing models, and of assessing whether reinsurance programs are still adequate.

Flood losses will account for a large proportion of the overall losses from storms Ciara and Dennis, and this peril is expected to become an increasingly important consideration for the UK insurance sector in the coming years.

Subsidised flood insurance is available in the UK through Flood Re, the UK’s government-backed reinsurance scheme, but Flood Re is only set up to run until 2039 and does not cover homes built after 2009.

This is to discourage building in high flood risk areas, but Fitch noted such building still continues amid a shortage of alternative options, despite the lack of affordable flood insurance cover.

Seoul-based reinsurer Korean Re has announced plans to open a new office in Bogota, Colombia, as the firm eyes growth...