The COVID-19 pandemic served as a “bad awakening” for the event cancellation sector and going forwards, is one line of business that will have to fundamentally change, according to Christian Mumenthaler, Chief Executive Officer (CEO) of Swiss Re. 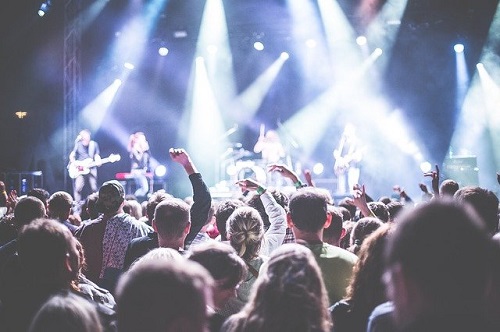 As COVID-19 started to spread around the world in the early months of 2020 and subsequently intensify, resulting in government enforced lockdowns and restrictions across the planet, all types of events started to either be postponed or cancelled altogether.

Alongside some major music festivals and sporting events, one of the most high profile events impacted by the pandemic was the 2020 Summer Olympics, scheduled to be held in Tokyo, Japan, for the first time since 1964.

In March of last year, re/insurers learned that the games would be delayed for a year, and in April it became clear that it was unlikely to go-ahead at all unless a successful vaccine was developed.

Thankfully, science seems to have prevailed and the success of the vaccine rollout enabled the games to go-ahead as planned in 2021, albeit without spectators.

It’s understood that the International Olympic Committee (IOC) had an event cancellation cover for the games to the tune of $800 million, while the postponement of the games to 2021 could lead to more claims than expected.

Swiss Re said at the onset that it had a maximum exposure of $250 million to the cancellation of the 2020 Tokyo Olympics.

Speaking today during a media call around the launch of Swiss Re’s H1 2021 results, Chief Financial Officer (CFO), John Dacey, explained that the firm did take a partial loss of that in 2020 related to the postponement of the games, which was a fraction of its maximum exposure.

“We were pleased, first and foremost for the athletes that the games did go off this year, on schedule. And we’re also frankly pleased for our colleagues in Japan who have had the benefit of a surprising number of gold medals coming to the host country, so that’s the good news. I think we don’t expect any additional losses coming from our exposure to the 2020 Olympics,” said Dacey.

Expanding on this and discussing the event cancellation line of business more broadly, Group CEO Mumenthaler questioned the future of the business.

“This was typically a niche business written over many decades, with decent results under the assumption that you would have full diversification between the risk. So that if an event was cancelled in one place, not all other events will be cancelled at the same time.

“I think this is a bad awakening to realize that there is one risk, which is systemic for that particular line of business, and which can wipe out all profits and hit everybody at the same time, which means it’s basically not really insurable,” said Mumenthaler.

He went on to explain that there is limited capacity for pandemic in reinsurance and even with the deep pockets of the capital markets, the business “will have to change very fundamentally.”

In light of the improving yet ongoing nature of the pandemic, currently there’s not a lot of demand for event cancellation coverage but Mumenthaler stressed that this will return.

“And, so, either the business will exclude pandemics going forward, which means that people organising events will maybe need to get cover from the state, or will have to run without it. Or, it will include a pandemic but it will be much, much more expensive, and I’m not even sure there’s enough capacity out there for that.

“So, I think this is one of the many unsolved problems that is here and as we emerge through the crisis will have to be addressed,” said Mumenthaler.

In the UK, numerous festival organisers have called on the government to provide a backstop for event cancellation, warning that without it the industry faces real challenges as it’s just not feasible to hold such an event without insurance protection. Clearly, this issue goes far beyond just music festivals in the UK, and as the world reopens, will need to be addressed likely by both the public and private sector.