THB, a specialist insurance and reinsurance broker, has appointed Ricardo Borges as Managing Director of its Amsterdam-based European Division. He will succeed former co-Managing Directors Paul Lindeboom and Joaquim Caria. 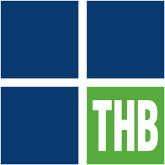 Lindeboom is set to retire from his post on 31 July, while Caria will step down as Executive Director but continue to work with the division on special projects in order to facilitate a smooth transfer of responsibility to Borges.

Borges has 19 years’ re/insurance industry experience, having begun his career at Nationale Nederlanden in 1999 before joining THB in 2005, where he served as a reinsurance broker until 2010.

He spent a year as an Executive Director at Willis Fac and two years as a Vice President at GC Fac before rejoining THB as a Director in 2013, where he has remained since.

Lindeboom’s insurance career spans almost 40 years and includes a number of positions at companies within the Aon group. He joined PWS International in 1994 and has served at THB since the company acquired PWS in 2008.

“Paul’s years of service with THB have been nothing short of exceptional, and I hope he is looking forward to a deserved retirement,” said Frank Murphy, Chief Executive Officer (CEO) at THB.

He continued: “He and Joaquim have presided over some market-beating growth for our business, identifying strategic opportunities and leading our long-term expansion. He will be very pleased that, in Ricardo, we have a replacement of such calibre.”

Borges also commented: “It is a great pleasure and honour to assume the leadership of THB European Division. Knowing the team, we have plenty of opportunities to continue to grow on the successful path that Paul and Joaquim have charted. With the stable financial backing of THB and AmWINS behind us, I look forward to taking our business to the next level.”

Lindeboom added: “THB Europe is a fantastic business, with tremendous potential for development. I am delighted that it will be led in the next few years by the talented Ricardo and I look forward to seeing where he will take the business.”

IAT Insurance Group has announced Donna McDermott as the successor to outgoing Senior Vice President Jim Miller, who plans to...