Property Claims Services (PCS), a Verisk Analytics business, has confirmed that Typhoon Faxai will become the first catastrophe loss event to be designated under the firm’s new PCS Japan service. 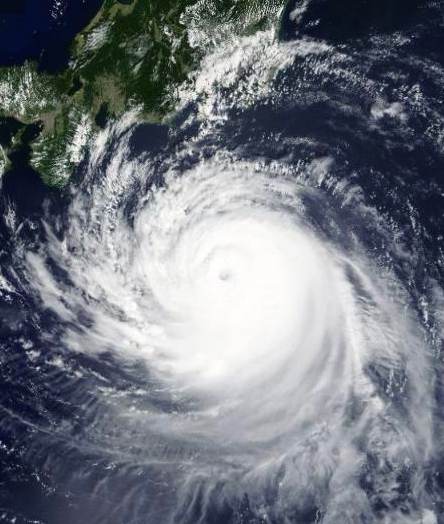 PCS expanded its industry loss data aggregation and index reporting capabilities to include non-marine catastrophe losses in Japan back in January, enabling it to produce loss estimate figures for all Japanese catastrophe and severe weather events costing the industry over $2 billion.

The latest loss estimate from catastrophe modeller AIR Worldwide indicates that insured losses from Typhoon Faxai will be in the region of $3 billion (JPY 340 billion) and $7 billion (JPY 740 million).

The cost for Japan’s domestic insurance industry, meanwhile, is thought to be around $2.8 billion (JPY 300 billion), according to the General Insurance Association of Japan (GIAJ).

Faxai made landfall in Japan on September 9, causing significant damage in the Chiba, Kanagawa and Shizuoka prefectures of Tokyo.

“With Faxai affecting Chiba and the Greater Tokyo area – with winds exceeding 216 km/h in some areas and rainfall exceeding 300mm in some areas during the course of the storm – our team knew from our experiences dealing with hurricanes in the western hemisphere that this storm could quickly generate enough aggregated losses to exceed our catastrophe designation threshold of US$2.5 billion,” said Ted Gregory, director of operations for PCS.

The official designation of Faxai under PCS Japan marks the start of the process for PCS to monitor the event as it develops, aggregate data, and produce an insured loss estimate.

“This is the first new catastrophe that we’ve designated under our PCS Japan platform, demonstrating our ability to report on new events as they occur, in addition to the decades of historical losses we researched,” Gregory explained.

“We take tremendous pride in being able to provide the reliable and independent service that our customers and the industry have come to expect from PCS.”

He continued: “While our preliminary estimate is several weeks away from being released to our subscribers, we anticipate that there may be some similarities to challenges of demand surge and business interruption faced in 2018 with Jebi and Trami during the development of Faxai over time.”

Tom Johansmeyer, Head of PCS, also commented: “The 2018 events in Japan were challenging enough for the reinsurance and ILS market, both because of the losses caused and the ambiguity in previously available industry loss reporting. Now, with a second year of losses, it’s clear that the global market needs to start taking a closer look at how to understand cat losses in Japan.”

“With collateral trapped from the 2018 events, it’s easy to sit back and wait for a resolution and figure that there would be breathing room to do so,” he added. “However, Faxai has shown that we don’t always get the elbow room we want – and that there can be advantages to moving quickly.”

“Fortunately, we’ve seen a lot of adoption of PCS Japan worldwide, and we expect more to come soon. Even for companies not currently trading Japanese ILWs, it’s crucial to understand losses, especially when the current conversation references recent past events (such as Jebi and Trami).”

Johansmeyer further explained: “Perhaps the most interesting lesson from 2018 was about the need for independent and reliable loss reporting. With the designation of Faxai, we’ve shown that PCS can move quickly in new risk areas in order to support the needs of our clients. As this event unfolds – and we report in accordance with our methodology – we look forward to helping the market understand Faxai better and manage their risk and capital accordingly.”

Insurer and reinsurer Chubb has appointed Louis Hobson as Senior Vice President (SVP) of Flood Insurance for North America, based...