U.S. withdrawal from Iran deal has potential implications for re/insurers

Following the decision by U.S. President Donald Trump to withdraw from the Iran nuclear deal, industry observers and experts have warned of increased compliance risks for insurers and reinsurers and the potential for significant implications for certain trade coverage. 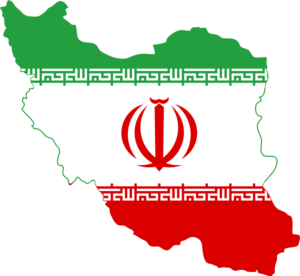 President Trump declared on Tuesday May 8th that he was withdrawing the U.S. from the Iran nuclear deal, a move that will see the U.S. reimpose sanctions on Iran, and which could also result in the introduction of some new sanctions.

Following the removal of international sanctions in January 2016, a number of global insurers and reinsurers have conducted business in the Iranian market, including players such as Munich Re, SCOR, and India’s GIC Re, among others.

However, Trump’s withdrawal from the deal raises some potential concerns for the international insurance and reinsurance industry.

Commenting on the matter, global law firm Clyde & Co, said: “Leaving aside the political consequences of this decision, the reimposed sanctions and new penalties put insurers under immediate compliance pressure to investigate their risks.

“Another complication might be conflicts between US and European sanctions. For insurers, it will be necessary to consider both their regulatory duties as well as their contractual remedies, be it under sanction clauses or under statutory laws which might entitle them to decline fulfilment of affected policies or to terminate these policies altogether.”

The UK P&I Club, a provider of P&I insurance and other services to the global shipping community and which is managed by insurer Thomas Miller, also commented on the withdrawal of the U.S., underlining potential problems for maritime trade and insurance.

“The decision is expected to have significant implications for maritime trade with Iran and the insurance of such trade. However, a full assessment of the likely impact of the decision will only be possible following receipt of clarification of the position of the remaining JCPOA partners, who have recently reaffirmed their support for the JCPOA, together with further clarification from the US Treasury’s Office of Foreign Assets Control (OFAC) in relation to the management of the “wind-down” periods envisaged under the decision,” said Nigel Carden, Deputy Chairman for the UK Club Managers Thomas Miller P&I.

The firm notes that sanctions are expected to be restored following a 180 day ‘wind-down’ period, scheduled to end on November 4th, 2018.

“The International Group Clubs will continue to monitor developments and further guidance will be provided when there is greater clarity. In the meantime, however, Members should take care before entering into any new Iran related fixture to ensure that they only do so with up to date legal advice on sanctions compliance,” said Carden.