Analysts at Property Claim Services (PCS), a Verisk business, have warned that the conflict in Ukraine has the potential to become an “industry-defining” event for the global renewables re/insurance sector. 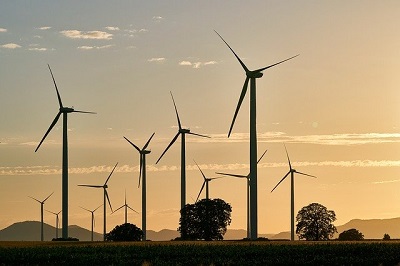 The firm says there could be “profound implications” for re/insurers of renewables in particular due to the large portion of Ukraine’s sizeable solar and wind infrastructure that are currently situated in conflict ‘hotspots.’

It’s estimated that industry-wide insured losses from windfarms could be at least $800 million in aggregate, with solar energy insured losses also likely to be significant.

PCS has previously estimated that the ultimate industry loss to specialty lines of insurance and reinsurance will be within a range from a low-end estimate of $13.05 billion, to more than $23 billion.

But according to Kosatka.Media, the damage caused to Ukraine’s solar energy sector by the conflict has been considerable, beyond what PCS has estimated separately both for the renewable energy sector and the broader conflict.

The energy news and information site warns of the risk of widespread bankruptcies among renewable energy companies in Ukraine and profound difficulties in relaunching the sector, based on both damage sustained so far and the economics associated with operating during a conflict.

And for the global re/insurance industry, there is an expectation of significant loss activity.

“It’s still very early in the conflict, and a lot could change. In particular, the longer it takes to achieve a cessation of fighting, the greater the likelihood of a higher industry-wide insured loss,” noted Tom Johansmeyer, Head of PCS.

“The fighting is centered on what is also the most favorable part of Ukraine for renewable energy. Both wind and solar facilities have been affected. The country’s ambitions for renewables expressed in their national energy strategy, with both climate change and energy independence cited as reasons for the shift. It does seem as though the conflict will set those efforts back. As a result, the conflict could have climate implications as well.”

As of the end of 2020, solar dominated Ukraine’s renewable energy mix with a 78 percent share, followed by wind at 20 percent, according to some loose PCS research and calculations.

As a result, the risks of loss in the renewable energy sector has been pronounced, and already, it appears that kinetic activity has led to potential industry-wide insured loss activity.